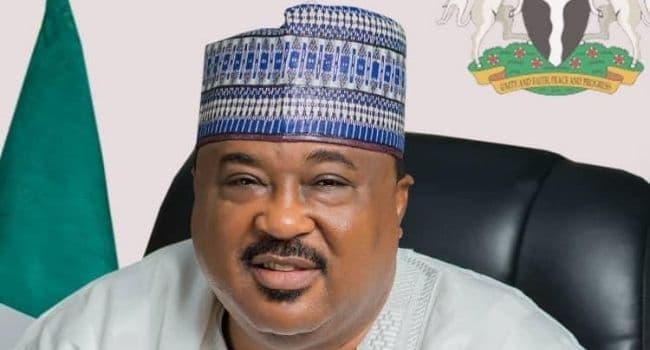 The Kwara State government will be taking advantage of the presence of the Nigerian Navy School of Health Sciences in Offa to strengthen security machineries in the state.

The Navy school had in recent time been reported to be helpful in combating crimes in Offa, especially in areas of smuggling, fleeing criminals from neighbouring states and others.

The indication to partner the Navy in security came up at the weekend, while Governor AbdulRahman AbdulRazaq was playing host to the Flag Officer Commanding, FOC, Naval Training Command, Rear Admiral F.F. Ogu and his team in his office.

Represented by his Deputy, Mr Kayode Alabi, Governor AbdulRazaq promised to partner with the Navy on innovative ways of boosting the security of lives and property in Kwara State.

Earlier in his remarks, the FOC extended the good wishes of the Chief of Naval Staff, Vice Admiral Ibot-Ete Ekwe Ibas to the Kwara State government for partnering with the Nigerian Navy College of Health Sciences, Offa.

Ogu, who was on a tour of ships and establishments of the Nigerian Navy commended the relative peace experienced in Kwara State, adding that the College of Health Sciences, Offa is projected to accommodate the good people of Kwara State and not only the military officers, in the shortest possible time.

Special Adviser on Security Matters to the governor, Brig. Gen. Saliu Bello (rtd), who spoke at the visit, noted the Navy School’s excellent support to Kwara State, particularly during the COVID-19 lockdown in Offa.