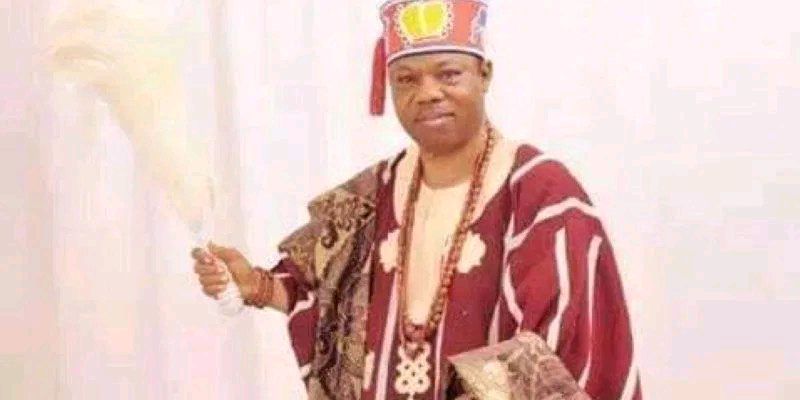 …Car Abandoned By The Road

Six-year-old twins of the Owalobo of Obbo Aiyegunle, in Ekiti Local Government Area of Kwara State His Royal Majesty, Oba Samuel Adelodun, had been kidnapped.

The children were kidnapped while on a transit between the monarch’s domain and Osi Ekiti in the same local government along with his personal security and maid.

Confirming the development, the Kwara State Police Command, through its spokesman, SP Ajayi Okasanmi, said that the police received a reported case of kidnap from His Royal Majesty, Oba Adelodun, that on 14/10/2021 at about 6.30 p.m between the two neighbouring communities.

The driver’s name, according to the police was simply Kunle, his security was Lawrence Abiodun, his maid, Bukunmi Akanbi and his twin baby girls Taiwo and Kehinde, aged 6 years.

They were allegedly kidnapped by “unknown number of armed men, while his vehicle, a Toyota Siena bus, with registration number plate bearing Owalobo of Obbo-Ayegunle, conveying the victims was abandoned on the road.

Okasanmi said that the command had on receipt of the information, dispatched a detachment of Anti-Kidnapping and other Tactical Units alongside local hunters and vigilantes to immediately commence a search and rescue operations in the area, for the possible arrest of the abductors and safe rescue of the victims.

The police spokesman said that the state Commissioner of Police, CP Tuesday Assayomo, advised members of the public with useful information that could aid the quick rescue of the victims to make such information available to the command.

The commissioner is said to have assured the people of Kwara State of their safety and security at all times, but at the same time advised members of the public to be conscious of happenings around them, avoid movements in isolated and lonely routes at odd hours of the day.

The Police spokesman said, “He reiterated commitment of the command to the security of lives and safety of citizens and residents of Kwara State.”