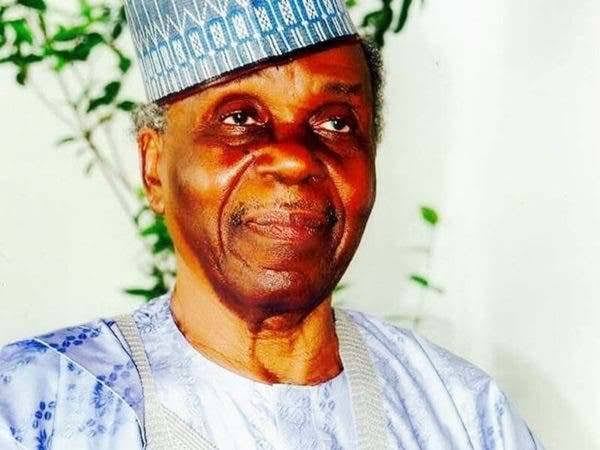 The father of the Kwara State governor, Alhaji AbdulGaniyu Folorunsho AbdulRazaq, popularly known as AGF is dead. He was 93 years old.

The patriarch of the AbdulRazaq family, who was the first lawyer in Northern Nigeria, and also a Senior Adocate of Nigeria, SAN, died in the early hours of Saturday, July 25

The governor’s elder brother, Dr. Alimi AdulRazaq, who broke the news in a statement on behalf of the family, said that their father died in the Federal Capital Territory,FCT, Abuja.

He said, “With total submission to the will of the Almighty Allah, the AbdulRazaqs of Ilorin Emirate of Kwara State hereby announce the passing on of their patriarch and statesman,Alhaji AbdulGaniyu Folorunsho Abdul-Razaq, SAN, OFR, at the age of 93 in Abuja. He was born in 1927.

“The Mutawali of Ilorin and Tafida of Zazzau, Zaria, who was Chairman of the Nigerian Body of Benchers, died peacefully at about 2a.m. on Saturday July 25, 2020; the 4th day of Dhul-Hijjah 1441 AH.

“The first lawyer from the Northern Region is survived by his 90-year-old wife, Alhaja Raliat AbdulRazaq, illustrious children, including the incumbent governor of Kwara State, AbdulRahman AbdulRazaq, and grandchildren.

“Arrangement for his interment will be announced by the family very soon”.

Meanwhile, ondolence messages had as at press time been pouring in from many sympathisers,including the state Deputy Governor, Mr Kayode Alabi, members of the state executive council, the state House of Assembly, community associations, traditional rulers and chiefs, political associates and religious bodies.