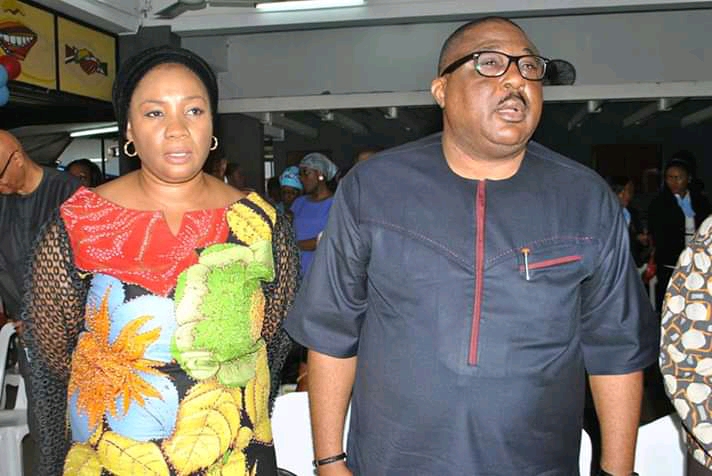 Contact tracing, tests as well as other protocols have commenced as Kwara State deputy governor, Mr Kayode Alabi, and his wife, tested positive for COCID-19 in Ilorin, the state capital.

The tracing effort, according to sources, will extend to Lagos, where the wife, Mrs. Abieyuwa Alabi, reportedly visited a week earlier.

The Kwara second citizen and the wife were said to have tested positive after they both underwent COVID-19 test, when they showed slight symptoms of the virus

Alabi had about two months ago went into self-isolation for 14 days, after which he was tested and declared negative.

Having tested negative the first time, he tested positive and went into 14 days’ self-isolation and was treated. He was later tested two times and found to have recovered and tested negative.

The Deputy Governor however caused al his staff to go for testing and isolate. Those said to have tested positive at the time were made to go the full hog of the treatment for Coronavirus.

Also, staff of the Kwara Government House were made to go for tests, as well and those found to have the virus in them went into isolation, got full treatment and were discharged.

The Deputy Governor being the Chairman of the State Technical Committee on COVID-19 has been commended by all for taking it upon himself to stress the call for all and sundry to voluntarily go for tests and receive treatments accordingly.

Alabi had made it a point of duty to counsel the people of the state to personally go for testing, warning at every occasion that COVID-19 is real and spreading wildly.

A statement by Rafiu Ajakaiye, spokesman of the COVID-19 Committee, who also doubles as the Chief Press Secretary, CPS, to the governor said, “His Excellency, the Deputy Governor and Chairman of the Kwara State Technical Committee Kayode Alabi and his wife, Her Excellency Mrs Abieyuwa Alabi, underwent COVID-19 test, after they showed slight symptoms of the virus.

“The results of their test are positive. The second couple are very stable and in high spirit, and are now undergoing standard management protocols supervised by the government’s medical team.

“Immediate contact tracing and tests, among other safety protocols, are being done for persons who have met with the couple in the past few days.”