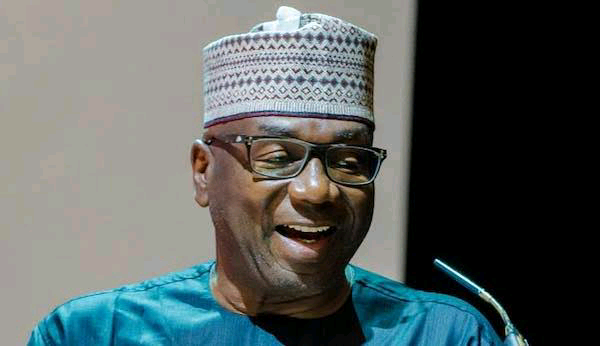 The programme, tagged ‘Owo Arugbo,’ is targeting 10,000 beneficiaries would enjoy conditional cash transfer, and who have been receiving N6,000 lifeline each, while another 30,000 would receive assistance under ‘Owo Isowo’ (Trader Moni), of N10,000 each.

Also, ‘Ounje Ofe’ (School Feeding Programne) and K-Power, fashioned after the Federal Government’s N-Power, focusing on digital training programme for the participants, are about to take off.

Commissioning the automated Command Centre of KWASSIP in Ilorin, Governor AbdulRahman AbdulRazaq said that thousands of lives were being touched with the social investment programme, which targets the vulnerables and the poor, describing it as social safety net of his administration.

AbdulRazaq said that the programme had proven to be impactful for petty traders and vulnerable groups, even as he conmmended President Muhammadu Buhari for initiating the safety net programme which Kwara State is borrowing a leaf from.

The governor disclosed that every beneficiary of the programme, which he described as the largest social safety net by any state government in the country, has a unique identity, which he said is quite verifiable.

Beating his chest, Governor AbdulRazaq said, “We are making real impact with the programme. You can imagine a woman with a net worth of N2,000, and you are giving her N10,000 to scale up her business.

“Most of our people in the hinterlands could not get credit facilities. So, they are happy getting the money to support themselves.”

Speaking to newsmen in Ilorin, the state capital, the governor said, “In cities, you can think that N10,000 is too small, but when you go to the hinterlands, you will see how it changes lives. N10,000 means a lot of money in our villages and among the poor.

“So, I thank President Buhari for introducing the social investment programmes. It is a safety net. A lot of people are benefitting from the safety net we are replicating in Kwara.

“We are here again to launch the KWASSIP command centre. Before the election, when I heard about the Federal Government’s social investment programmes, I followed the Vice President to launch the programme in Kwara and we went to the market and I could see the real impact.

“The World Bank has also adopted the programme under its CARES programme. This is being replicated in other countries. We all saw the impact of the programme during COVID-19 lockdown. Imagine there is no such programme!”

Promised that the programme was not open to abuses, Governor AbdulRazaq pointed out that it was well documented; imploring future administration in the state to come and interrogate, adding, “You can talk to any of the beneficiary and track them.”

Fielding questions from journalists, the Chief Operating Officer, COO, of the Bank of Industry, BOI’s Growth Platform, Mr. Uzoma Nwagba, commended the Kwara State government for its commitment to transparency, which he said differentiates it from others doing the same.

Nwagba said, “Kwara approach is one built on transparency. It is not lack of people who need this intervention, and it is not lack of ideas and how it can be done; what is unique is the political will, honesty and sincerity that you want the money to get to the hands of the people fully. It is also good that the state embraces technology to drive the process instead of filling papers.

“We have seen tens of thousands of people, who have benefitted from KWASSIP. These are people who ordinarily wouldn’t have such opportunities. Money is one thing, but more importantly, they now have things like identity such BVN, by virtue of being captured. So, they can now get a wallet to transact with.”

Lagos Prince, Shodipe-Dosunmu Calls For Prosecution Of Those Behind Lekki Killing