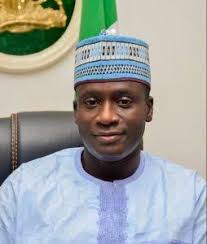 The Kwara State House of Assembly has set up a seven-man ad hoc committee to investigate the finances of the 16 local government areas in the state, effective from May 2019 till date.

The development on Thursday was at the instance of Governor AbdulRahman AbdulRazaq, who had on Tuesday called the Economic and Financial Crimes Commission, EFCC, to come and investigate the councils’ fiscal activities.

Speaker of the House, Rt. Hon. Yakubu Danladi, made the disclosure during a plenary on Wednesday, following a Matter of General Public importance raised by Hon. Abdulgafar Ayinla-Ayilara, who is also the chairman of the House Committee on Local Governments and Chieftaincy Affairs.

Ayinla-Ayilara, who also represents Ilorin North state constituency said investigating the finances of the local governments would allow for transparency, accountability and guarantee financial responsibility in the administration of the council areas in the state.

The Speaker disclosed that Governor AbdulRazaq had invited EFCC and an independent panel to wade into the matter as he, the governor had not touched local council funds since he assumed office.

Reading the resolution of the House, the Speaker charged the committee members to conduct thorough investigations on the matter and report back to the house within two weeks.

Also, four petitions were laid before the House for consideration. The petitions included petitions on N9 billion alleged contract scam of Kisi-Kaiama road, alleged lack of due process and employment racketeering at Kwara State College of Education, Oro and non-payment of salaries of some local government’s workers in Kaiama Local Government Area. The petitions were laid by members representing the affected constituencies.