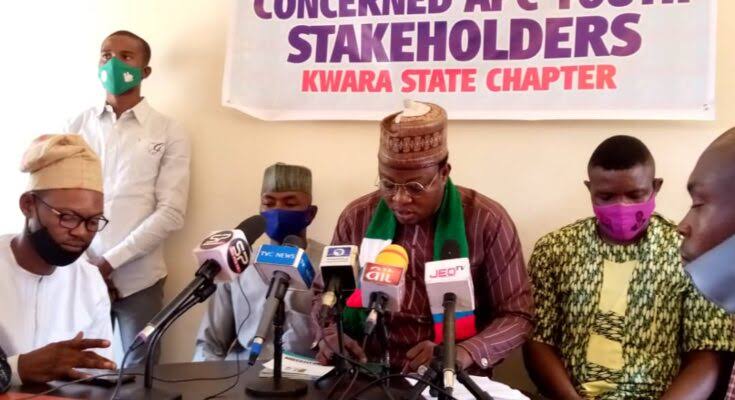 There seems to be no end in sight to the internal crisis rocking the Kwara State chapter of the All Progressives Congress, APC, CompassNG has learnt.

The dispute, which allegedly is not unconnected with the differences between the state governor, AbdulRahman AbdulRazaq, and a section of the chieftains of the party, according to reports.

The rift had all along been more pronounced between the governor and the state Chairman of the party, Hon. Bashir Bolarinwa, who supervised both the shadow and general elections that produced the governor.

As the rift continues unabated however, the party had been factionalized along the lines of party officials, youths and chieftains, especially those known to be active in the ‘O to Ge’ campaign that fetched victory for APC in 2019.

On Thursday, the youth under the aegis of the Concerned APC Youth Stakeholders, threatened at a press briefing in Ilorin that they would disrupt a proposed APC membership registration exercise because of the crisis.

Their statement reads, “We wish to report to you, that we’ve found ourselves in a situation where the soul of our collective struggle, which was proudly christened “O TO GE” is being sacrificed.

“This is being done in the most machevillian manner, on the altar of politics of interest and desire to undemocratically grab more power by a handful few, in the minute minority, but seemingly powerful individuals than the overwhelming convention.

“This action is clearly in contradiction of the constitution of our party, which places supreme powers on the National Executive Council, NEC, of our party and thus made the reversal of any of its decisions impossible, except by the convention of our great party, according to Section 13 subsection 3 of the APC constitution

“The section reads: ‘the decision of the National Executive Council is binding on all organs and all members of the party, except the National Convention.’

“This is why we want to know where the Mala Buni-led national caretaker committee, his governor friends and others derived their powers to override the resolution of NEC, if not that they feel impunity is the way to go.

“We say to them, this illegality and rape of our party’s constitution will NOT STAND.

“We hereby want to emphasise that we’ll not allow any membership registration to hold in Kwara State, unless the needful is done, which is the return of the duly sworn-in caretaker Chairman, Hon. Bashir Omolaja Bolarinwa.”