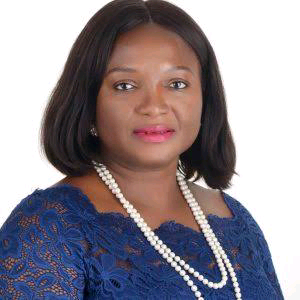 The Kwara State Internal Revenue Service, KW-IRS has introduced a ‘Harmonized Bill,’ to enhance and improve its tax generation in the state.

The chairman of the KW-IRS, Ms. Folashade Omoniyi, while speaking in Ilorin, the state capital, said that the move was part of the Service’s continued efforts to carry out its mandate of revenue generation for the strategic development of Kwara State.

The Harmonized Bill, she said, was one of the automation strategies of “the Service to improve on its collection activities, bring all eligible entities or businesses into the tax net and enhance collections.

Omoniyi, while giving a breakdown of the application of the Bill, said among others, they would compute, consolidate and communicate all payable tax revenue and non-tax revenue as applicable to each eligible taxpayer within any assessment year.

She added, “It would stop illegal negotiation between taxpayers and revenue officers in the ministries or KW-IRS, as well as avoid diversion of government money into personal pockets.

“Block most of the leakages through the display of all taxes due for payment by a tax payer and provide education on double and multiple taxation.

“A single entity could be charged to different revenue lines, depending on the nature of business; indicate the level of tax compliance by showing both current and outstanding liabilities of each taxpayer in a single document.”

The revenue service boss stressed that it was important to state that KW-IRS had not reviewed revenue fee or introduced new taxes to tax payers since the current administration took over and that all revenue lines currently being collected had been in existence.

She disclosed that MDAs, had, in line with the new method, been directed to allow taxpayers with arrears, access government benefits when they pay their dues for the current year, while they come up with plans for the payment of their outstanding liabilities, adding, “This is in line with the existing relevant laws.”

She said, “This revenue drive enjoys a veritable support for the federal allocation in ensuring that the government meets its responsibilities and desires of Kwarans.

“The Kwara State Internal Revenue Service will continue to collaborate with all MDAs and stakeholders in the state for effective and efficient collection of all that is legally due from taxpayers and enjoins all taxpayers to seek clarifications from appropriate sources when in doubt.”