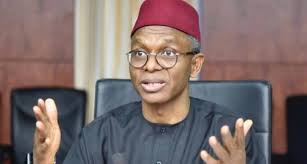 Disclosing this at a news briefing, El-Rufai said that the government was yet to disengage any state civil servant in the state, explaining that the disengaged political appointees constituted 30 per cent of political office holders in the state.

The governor aalo disclosed that only agencies connected to the local government system had disengaged staff, and these included the 23 local government councils, Statae Universal Basic Education Board, SUBEB and the Primary Health Care Board.

He said, ‘’So far, 99 political appointees have lost their jobs, but we have not commenced rightsizing of civil servants. We want to be fair with regards to civil servants.

“We had earlier promised that before we reduce the size of the civil service, we will start with political appointees and we have done that.”

Speaking in Hausa language, the governor said that the rightsizing of civil servants would still go on as planned, because of dwindling revenues that accrued to the state government from the federation account.

He explained that the rightsizing commenced with political appointees, because their details were clearly known, making it easier to disengage them.

“However, civil servants with questionable data have to be given a chance to clear the doubts, before any action is taken on them.”

The governor said that his administration employed 11,000 more workers in the health sector, Kaduna State University, as well as primary and secondary school teachers across the state.

He further disclosed that it was a fallacy to allege that the salaries of political appointees accounted for the bloated personnel cost of the Kaduna State government.

He added, “In March 2021, the salaries of these political appointees amounted to N259 million, while civil servants were paid N3.13 billion, aside from costs related to state contributions to pension, accrued rights and other personnel costs

“So, it is false to insinuate that political appointees are the ones that guzzle most of the state’s resources.”

Justifying the rightsizing of the public service, El-Rufai said that all states and the Federal Government were affected by this shortfall of revenue and some states had even reverted to paying the old monthly minimum wage of N18,000.

He said, “Kaduna State cannot continue to use 84 per cent to 96 per cent of its revenues to pay salaries of less than one per cent of the population.

“The rest of our people, all 99 per cent of them, need better schools, hospitals, water supply, roads, markets and support for agriculture to make a living outside government.”

He, however, promised that Kaduna State would not reverse the N30,000 minimum wage that it had started paying, adding, “We are the first government, Federal or state, to pay the minimum wage.

“We will retain the minimum wage of N30,000 and the consequential adjustments that gave most of our civil servants a 66 per cent salary increase.

“We will also retain the minimum pension of N30,000 monthly.

“The unified Local Government Service continues to pay the minimum wage, even though they varied the consequential adjustments for their workers below the level for state civil servants.”

The governor also promised that the state would still fund free education from primary 1 to the SS3, adding, “We have directed our Ministry of Education to find ways of ensuring that we sponsor students for WAEC exams, the same way that we sponsor them for NECO.”

He emphasised that basic education remained a priority for the Kaduna State government, because “we see it as the bedrock for equality of opportunity.”