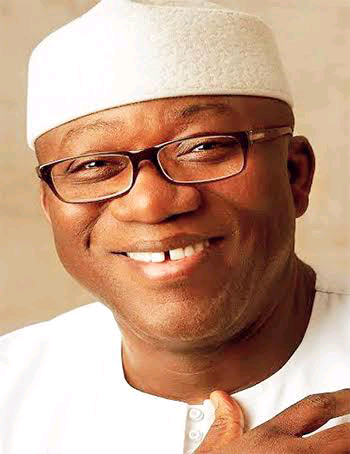 The implementation of the autonomy for state judiciaries and legislatures across the 36 states of the federation would start from May this year.

The 36bstate governors agreed to this in line with the demands of the Judiciary Staff Union of Nigeria, JUSUN, who are currently on strike to demand for judicial autonomy in the states.

Speaking on this in Abuja, the chairman of the Nigerian Governors’ Forum, NGF, and governor of Ekiti State, Dr. Kayode Fayemi, said that the modalities for the implementation of the financial autonomy had been worked out.

Fayemi spoke with State House Correspondents at the Presidential Villa, Abuja, after a meeting with some stakeholders. Also in attendance at the meeting were governors of Sokoto, Plateau and Kebbi states, Aminu Tambuwal, Simon Lalong and Atiku Bagudu, respectively.

Also in attendance at the stakehokders’ meeting were representatives JUSUN and Conference of State Assembly Speakers.

Fayemi said, “For us, we’re here for legislative and judicial autonomy and the governors, the speakers and the judges are on the same page as far as this issue is concerned.

“An agreement has been reached. First, the issue is about implementation. There has been no objection from governors on judicial and legislative autonomies.

“As a matter of fact, it would not have passed if governors were not in support in the first instance, in the state assemblies.

“So, that issue has been fully and holistically addressed, but we don’t just want to agree to something on paper without working out the modalities for implementation.

“Thankfully, the meeting we have just emerged from, with the Chief of Staff to the President, has worked out the modalities to the satisfaction of all parties.”