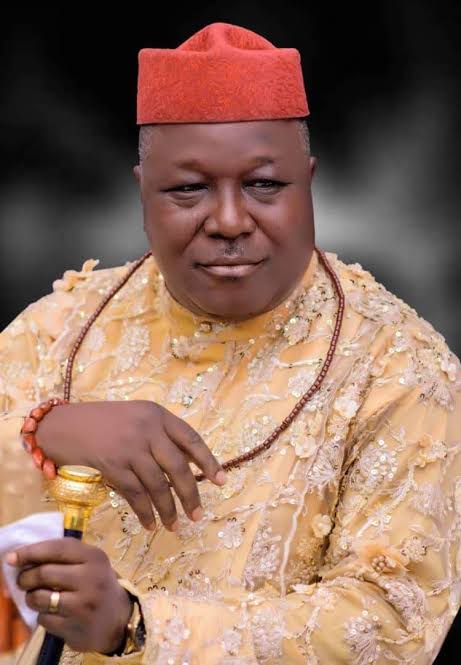 The leadership of the Isoko Development Union, IDU, and traditional rulers of the various kingdoms in Isoko nation have commended the efforts of the Managing Director of the Delta State Oil Producing Areas Development Commission, DESOPADEC, Bashorun Askia Ogieh, for single-handedly sponsoring the Isoko Language Project, to save it from extinction.

IDU President General, High Chief Iduh Amadhe, speaking on behalf of the union said that the role of Bashorun Ogieh in the transformation of all the facets of development is noteworthy and commendable.

He stated this during the IDU Mid-Year Conference attended by Isoko stakeholders, leaders, traditional rulers, Presidents-General of various clans and Chairmen of all branches as well as sons and daughters of the Isoko nation at the IDU Secretariat in Oleh, Isoko South Local Government Area of Delta State at the weekend.

Recall that Bashorun Askia, has through effective collaboration with Dr. (Mrs.) Elizabeth Oghenekome Agbada, Dean of School of Languages at the College of Education, Warri, sponsored the writing and teaching of Isoko language books for Junior Secondary Schools 1 to 3, JSS 1 to 3, in both public and private secondary schools across the country.

It was also disclosed that the Isoko Language Project have been given approval by the Federal Ministry of Education, Abuja.

Meanwhile, Bashorun Askia, speaking at the
IDU Mid Year Conference, promised to pay the minimum wage emoluments to not less than 40 Isoko language graduate teachers throughout secondary schools in Isoko land to encourage the revival of the language.

Asked what prompted his sponsorship of the Isoko Language Project, Bashorun Askia said, “It is my love for the Isoko language.”

He added, “The language is the key to the identity of any ethnic group.

“Language is that cultural identity that every ethnic nationality has that binds them together.

“And it’s is in such a way that it dates back to the time that the place was founded. Although there would be some changes over time, but the language is the major identity that brings people together.”

He noted further that “Over time, I just discovered that the language was going into extinction, maybe because of civilization, modernization and that our people are traveling here; and there and due to inter ethnic marriages to people of other ethnic nationality.”

He explained that when the father and the mother are not speaking the language, the children can’t cope, adding, “But we need to make a conscious effort to make sure that the language is not extinct.

“I felt I should take that as a responsibility as a Chief; you recall that I’m the Udu of the entire Isoko nation. I’m also the Odio of Traditional Chiefs of Uzere and these are built on the solid foundation of the language. In line with that calling, I have to step up, protect over that aspect of it to bequeath an enduring language of Isoko to our people, that is my love for it.”

Highlight of the event was the official presentation of the Isoko language books for JSS 1 to 3 to the President General of the IDU.