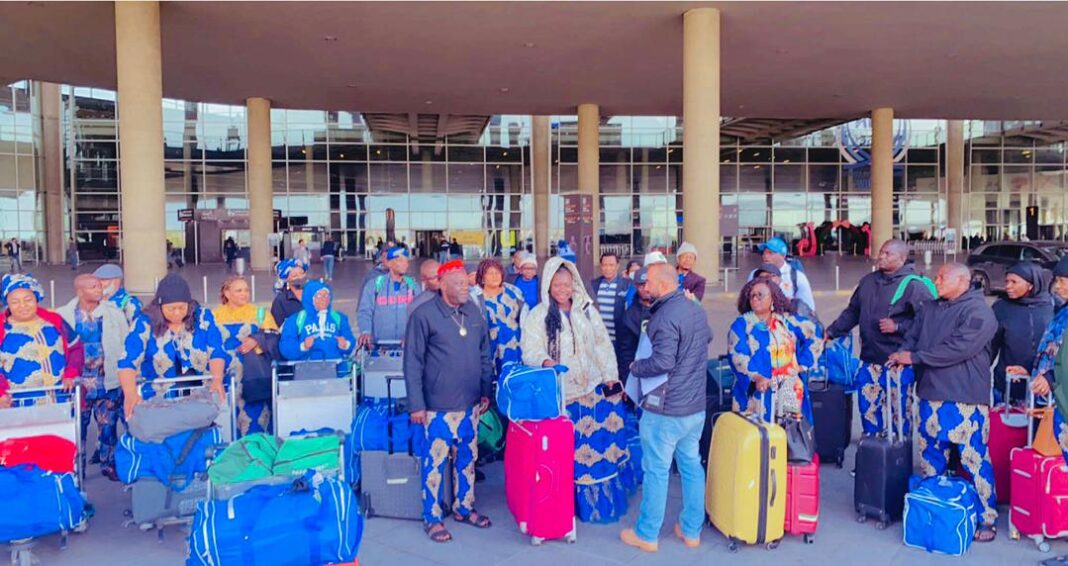 The governor of Cross River State, Prof Ben Ayade has charged members of the 92-man state delegation to the 2023 Christian pilgrimage to holy land of Jerusalem, to intercede for the socio-economic well being of the state and the nation at large, as they engaged themselves fervent prayers.

Ayade dropped the charge while speaking on a telephone discussion with our correspondent shortly after rounding off the conversation with members of the state delegation to Jerusalem, where they had travelled for holy pilgrimage.

Prof. Ayade, who was represented on the trip by the leader of the state delegation to the holy land, who also doubles as Chief Executive Officer, CEO, of Opal Group Limited, High Chief Higgins Peters, averred that with fervent prayers, God can turn the fortunes of both the state and the nation around for the better, given the fact that it is only Him who has capacity to visit men.

Higgins said, “We are aware of of the fact that it is only God who has the power to bless whoever He so desires. All of us that form part of the delegation have come here to seek the face of God so that He can assist us to solve and and provide answers to our prayers.

“Let me used this rare privilege to appeal to everyone in this delegation that as you pray for yourselves and families, also pray fervently for the peace and unity of our dear state and nation.

“By my estimation, the 2023 delegation is assumed to be the strongest delegation ever sent on pilgrimage to the holy lands.

The delegation, which according to Higgins , landed in Jordan on January 7, 2023, would be in Isreal and Palestine on Tuesday January 10, 2023, in continuation of the pilgrimage; after it completed visitation of all the holy sites in Jordan.

The governor’s representative enumerated members of the delegation to include: the Speaker of the Cross River State House of Assembly, Rt. Hon Eteng Jones Williams, Hilary Bissong, Mariah Akwaji, the state Chairman of the All Progressives’ Congress, APC, Cross Alphonsus Ogar Eba and his wife, the state Deputy Chairman of the APC, Eka Williams, the state secretary of the APC, Mensah, Dr Peter Ojie, senior political adviser to the governor and his wife.