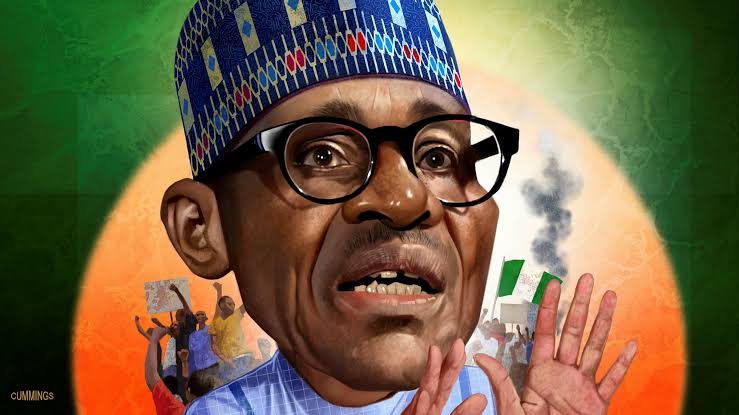 The President Mohammedu Buhari-led All Progressive Congress, APC, has been told that its primary responsibility according to the constitution of Nigeria, is to secure the lives and properties of all citizens, irrespective of their ethnic, religious or regional affiliation.

This was the position of the Action Democratic Party, ADP, as contained in a statement signed by its National Publicity Secretary, Prince Adelaja Adeoye and made available to CompassNG.

The party called on President Buhari to step up and live up to his responsibilities of securing the lives of residents of Oyo State, where cases of kidnapping, banditry and illegal entry by invaders have been on the increase.

The ADP had similarly in the past, raised an alarm over the invasion of some Jihad fundamentalists, who were reportedly camped at Oke-Ogun area of Oyo State, which is one on the boarder post to other international communities, but surprisingly, there was no response of the government to that.

Insisting that the activities of bandits and other criminal elements, terrorizing, kidnapping, killing and maiming innocent residents, around Oke-Ogun, Saki, Ibarapa and others, in Oyo State is becoming unbearable, the party said this has led to series of protests by the people in those areas, and now calls for urgent collaboration of the Federal Government and the state government, to be able to frontally tackle the growing insecurity in these places.

In the statement, the ADP called on the President not to keeping looking, while every parts of country is consumed by insecurity, noting that such won’t be a good legacy, after the President’s exit at the expiration of his tenure in 2023.

Adelaja also called on critical stakeholders in the South West, not to allow but totally reject what appears as importation of insecurity into the region, and canvassed for more support for the Amotekun Corps, who has been helping in their own ways to flush out these criminals.

Adelaja warned politicians, especially in the South West APC, to avoid playing dirty politics with the issue of insecurity, calling on them to come together and avoid name calling or blame game, especially against the backdrop of the fact that everyone is open and vulnerable to being victim of this ugly security situation.

This call is coming on the heels of the successes recorded by the Amotekun security outfit recently.

He praised men of the Amotekun Corps for their gallantry effort in confronting some bandits and militias in the forests, where they were reportedly camped, and said to have been terrorizing, killing farmers and others innocent people across South West State.

ADP stated further that if we should critically examine the security situation in every parts of Nigeria, the outcome as usual, will be a sad tale, due to our weakened security architecture.

Adelaja insisted that the honest expectations of the Nigerian people is that Mr. President should be able to seek for help from independent security experts, stakeholders, so that they can join him in building a formidable security network, that will properly protect our citizens, lamenting however, that despite the continuous call by Nigerians, members of the legislative arms, for President Buhari to replace the Service Chiefs, he appears unbothered for reasons best known to him, while the security situation continues to deteriorate.

Hc siad, “The governors who do not have the power to command or control federal police, are at the mercy of the Presidency in the case of security concerns and challenges. Some of them, who came up with alternative solution with their security votes, such as Amotekun, are still facing all manners of resistance from those who are hell bent on playing politics of blackmail and bitterness with the lives of the people.

“In actual fact, governors are called Chief Security Officers of their states, but the smacking reality is far from that, because it is only the President that have the constitutional power to direct the IGP, and his state commissioners to swing into actions. This is one of the reasons, there must be restructuring or devolution of power, so that a workable system that will truly serve and protect all citizens would be put in place.”

The party averred that the report of kidnapping in Lagos, Ekiti, Kogi, Benue, Ogun, Ondo, Niger, Kaduna, Enugu and other states, has continued to lead to heightened tension, adding that unfortunately, the people have been blaming the governors, who are not constitutionally empowered to summon Police and other security agents to perform magic.

Commending the efforts of the security agents, Adelaja insisted that there is the need for the President to holistically review their operations and introduce new tacts, compensations and other ideas, that will make them to be more effective.

He said that while the Amotekun initiative, aimed at supporting the national security apparatus in combating criminality is laudable, there must be operational synergy amongst them, referencing a particular matter where Amotekun apprehended some criminals in Oyo State, but the Police in the same state refused to detain them for further investigation.