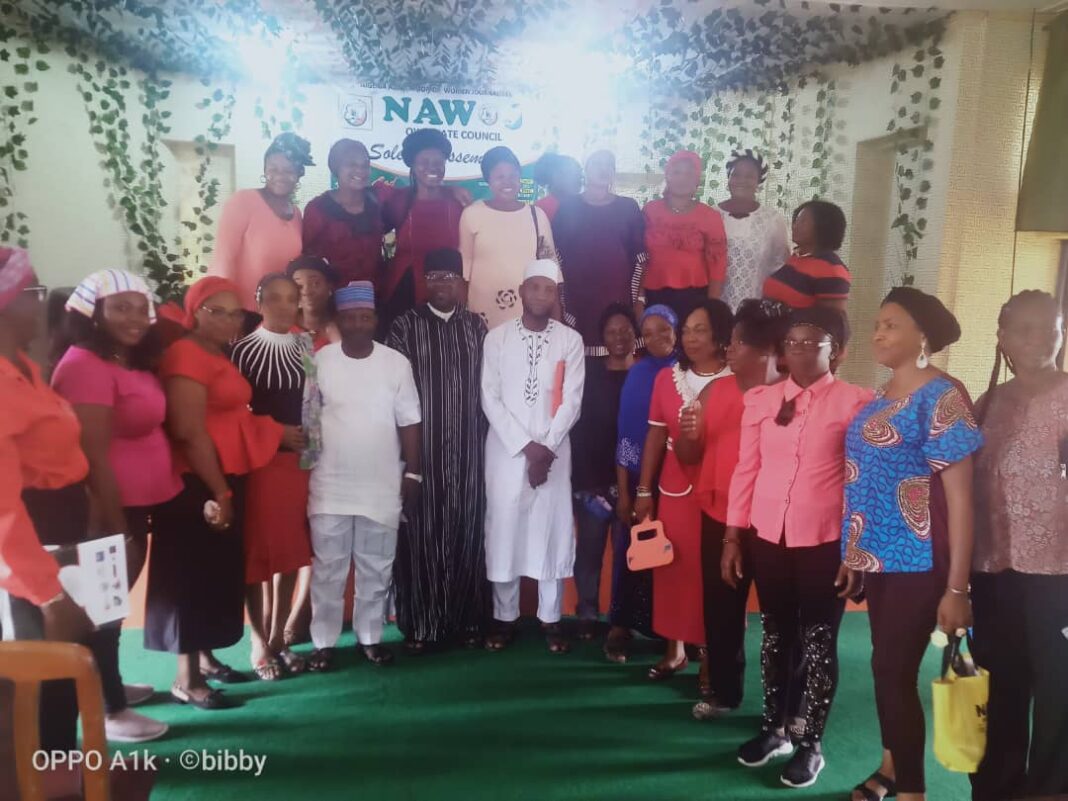 Wife of former governor of Oyo State, Chief (Mrs.) Florence Ajimobi, has charged Nigerians, irrespective of their religious affiliation, to continue to pray for peace in the country, stating that now more than ever before is the time to cry unto God for divine intervention to end all evil vices being perpetrated by the enemies of the country.

Represented by Mrs. Omolara Farinloye, at the National Prayers/Solemn Assembly, organised by the Oyo State chapter of the Nigeria Association of Women Journalists, NAWOJ, held at the Nigeria Union of Journalists, NUJ, Oyo State Council Secretariat, Iyaganku, Ibadan, Ajimobi, who was the matron of Oyo NUJ and Mother of the Day, lauded NAWOJ for the initiative to pray for the country, and called on God to help our leaders on ways to tackle all forms of crisis bedeviling the country, noting that it is only in an atmosphere of peace that the country can experience development.

Chairperson of Oyo NAWOJ, Comrade Jadesola Ajibola, in her welcome address, expressed optimism that Nigeria will overcome the challenges facing it, commending the leadership of NAWOJ, led by Comrade Ladi Bala and the Assistant National Secretary, Comrade Yinka Bode-Are, for gathering women groups for prayers over insecurity in the country.

The Oyo NUJ Chairman, Comrade Ademola Babalola, in his remarks, admonished all women not to relent in praying for Nigeria, stating that prayers will help the country to achieve a lot, while commending NAWOJ for the programme.

Islamic clerics at the solemn assembly include: Alhaji Lawal Sirafudeen, Alhaji Lateef Oladimeji and Alhaji Abdul Fatai Olagunju from Oyo State NASFAT, enjoined Nigerians to continue to dialogue with God, praying for peace to reign in the country.

Condemning what they termed evil acts against one another by Nigerians, the clerics noted that the Yoruba has continued to be insincere with one another.

They said, “Many of the Yorubas who get into power do not assist others, that’s why many of us are seeing the other regions doing well, once they have an opportunity they bring their people to work.”

Present at the event were NAWOJ members in Oyo State, representatives of women groups, such as FIDA, Sisters of Janna, NUPENG Women wing, and Down to Heart Speak Out.