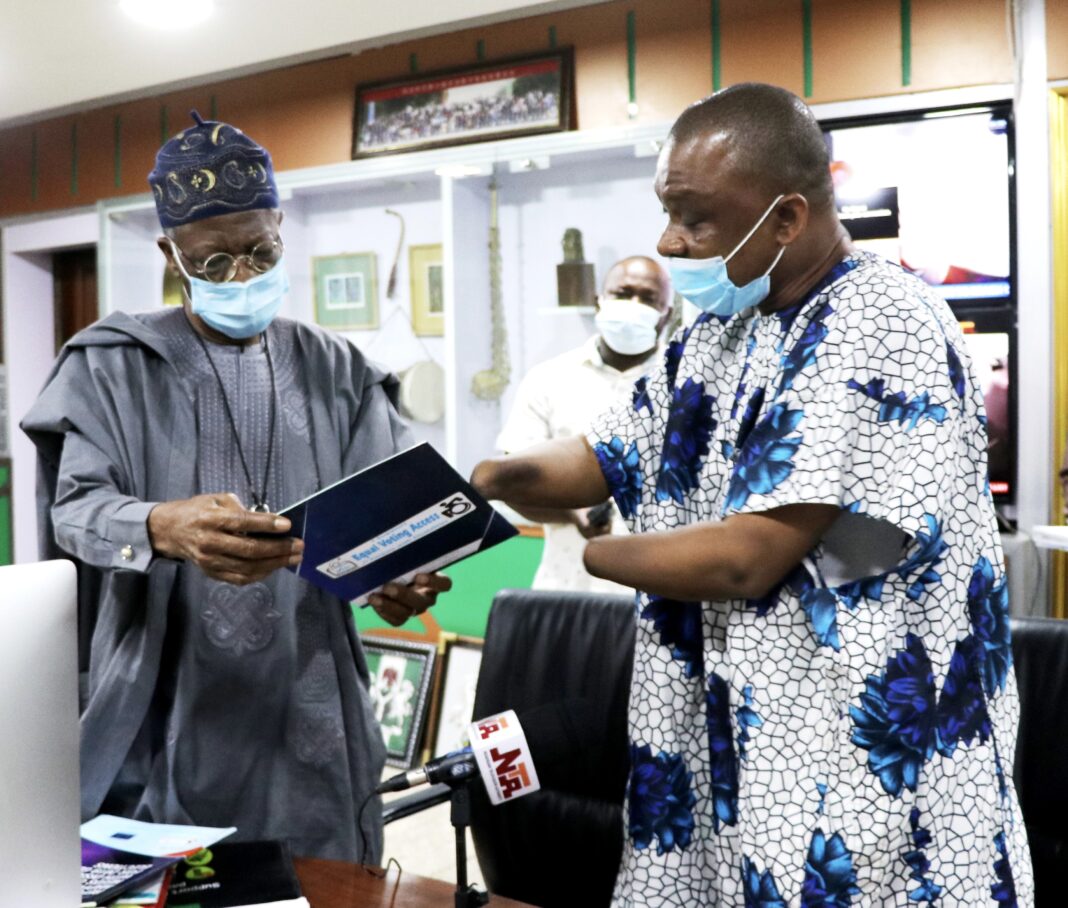 The Minister of Information and Culture, Alhaji Lai Mohammed, has directed the National Broadcasting Commission, NBC, to implement the Broadcasting Code provision that mandates television stations to deploy sign language interpreters on their major news bulletin, for the benefit of persons living with disability.

A statement by the Special Assistant to the President on Media, Office of the Minister of Information and Culture, Segun Adeyemi, stated that Alhaji Mohammed gave the directive in Abuja on Monday, when he received executives of the Centre for Citizens with Disabilities, CCD, on a courtesy visit to his office.

The minister said, “I have also directed, within my ministry most importantly, the issue of television stations having sign language interpreters and by tomorrow, I can assure you that a directive will go out to television stations, pointing their attention to the relevant provisions of the Broadcasting Code. I am sure that in a few weeks’ time, you will begin to see the difference.”

Alhaji Mohammed said that his ministry will collaborate with the Centre in the implementation of Section Two of the Discrimination Against Persons With Disability (Prohibition) Act, by making provisions for the promotion of awareness regarding the rights, respect and dignity of persons with disabilities as well as highlight their capabilities, activities and contribution to the society.

While calling on the Centre to participate in the creation of content on their activities, which will be disseminated to the public through the media and the National Orientation Agency, NOA, the minister expressed delight that President Muhammed Buhari has fulfilled his campaign promise to persons living with disability, by signing the Discrimination Against Persons With Disability (Prohibition) Act into law and operationalizing it through the establishment of the National Commission for Persons with Disability, after a tireless struggle to achieve it in the last 18 years.

The minister described the present administration as friendly to persons living with disability, adding that they have been mainstreamed into all the Social Intervention Programmes of government, including the Survival Fund, where 10 per cent of what is being administered by the Federal Ministry of Industry, Trade and Investment is earmarked for persons living with disability.

Responding, the Executive Director of the Centre for Citizens with Disabilities, Mr. David Anyaele, commended the President for signing the Discrimination Against Persons With Disability (Prohibition) Act into law and for the establishment of the National Commission for Persons with Disability in order to promote their welfare and social well-being.

He called on government ministries, departments and agencies, MDAs, to comply with a provision in the Act, which mandated them to reserve at least five per cent of employment opportunities for persons living with disabilities.

Sanwo-Olu Marks One Year In Office With Commissioning Of Projects