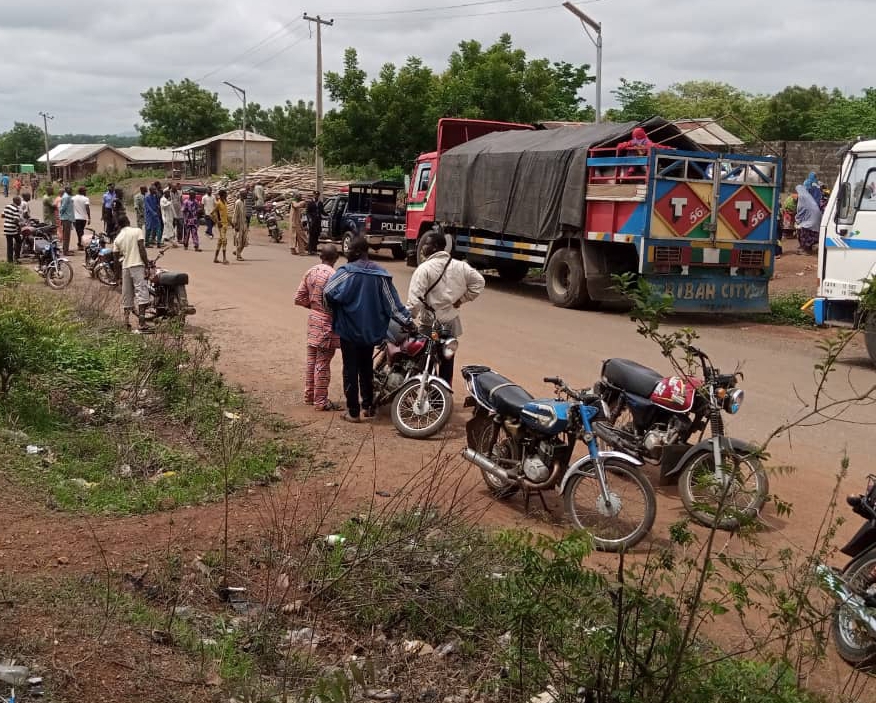 Four trucks fully loaded with Fulani herdsmen, also known as ‘bororos’ have been refused entry into Ipee community in Oyun Local Governnrnt Area of Kwara State by the residents of the community.

This is coming on the heels of alleged disturbing forceful influx of Fulani herders into Kwara State, which the people said had constitued threats to lives and properties in recent time.

The situation in the last two months in Kwara State had been that of strange movement of Fulani herdsmen into the southern district, made up of seven local governments of Igbomina and Ekiti extractions. The Fulani herders were said to be moving from the South West to Kwara State, and in most cases, coming in the wee hours of the night and forcing their occupation of the communities they came to, on the locals.

The latest case in Ipee reportedly drew the anger of the people, who mobilized themselves into a vigilante group and came out enmasse to disallow the suspected herdsmen from entering their community.

The melee that followed made the combined team of Nigeria Security and Civil Defence Corps, NSCDC, and the Nigeria Police, who with their parrol vans coordinated what later became a peaceful rejection and ejection of the herders out of the community.

Spokesman of the Kwara State command of the NSCDC, Babawale Zaid Afolabi, and the Corps Divisional Officer in Oyun, Henry Bilesanmi, while speaking on the incident, reported that there was no unwholesome situation recorded, following the eviction of the Fulani herdsmen.

In a related development, security agents also intercepted and led some suspected herdsmen out of the neighbouring Offa town, in the bid said to forestal any criminal activity the people said is often associated with the forceful occupation of herders in the area.

The NSCDC spokesman said, “These herders were denied by Ondo and Osun states due to alleged criminal activities being carried out by them in those two states.

“We also identified the herders as coming in through the Osun boundary with Kwara State in four trailers, loaded with people and cattle, wanting to settle in Offa.

“On this note, security agencies in Offa intercepted and led them out towards the boundary between Osun and Kwara states.”

Afolabi advised the communities bordering Offa and Osun to be proactive and raise alarm promptly whenever they noticed or suspected any strange movement of people around them.

He urged the people to be security conscious about bandits and report any likely activity suggesting this around them to security agencies nearest to them.

The Reign Of Abba Kyari