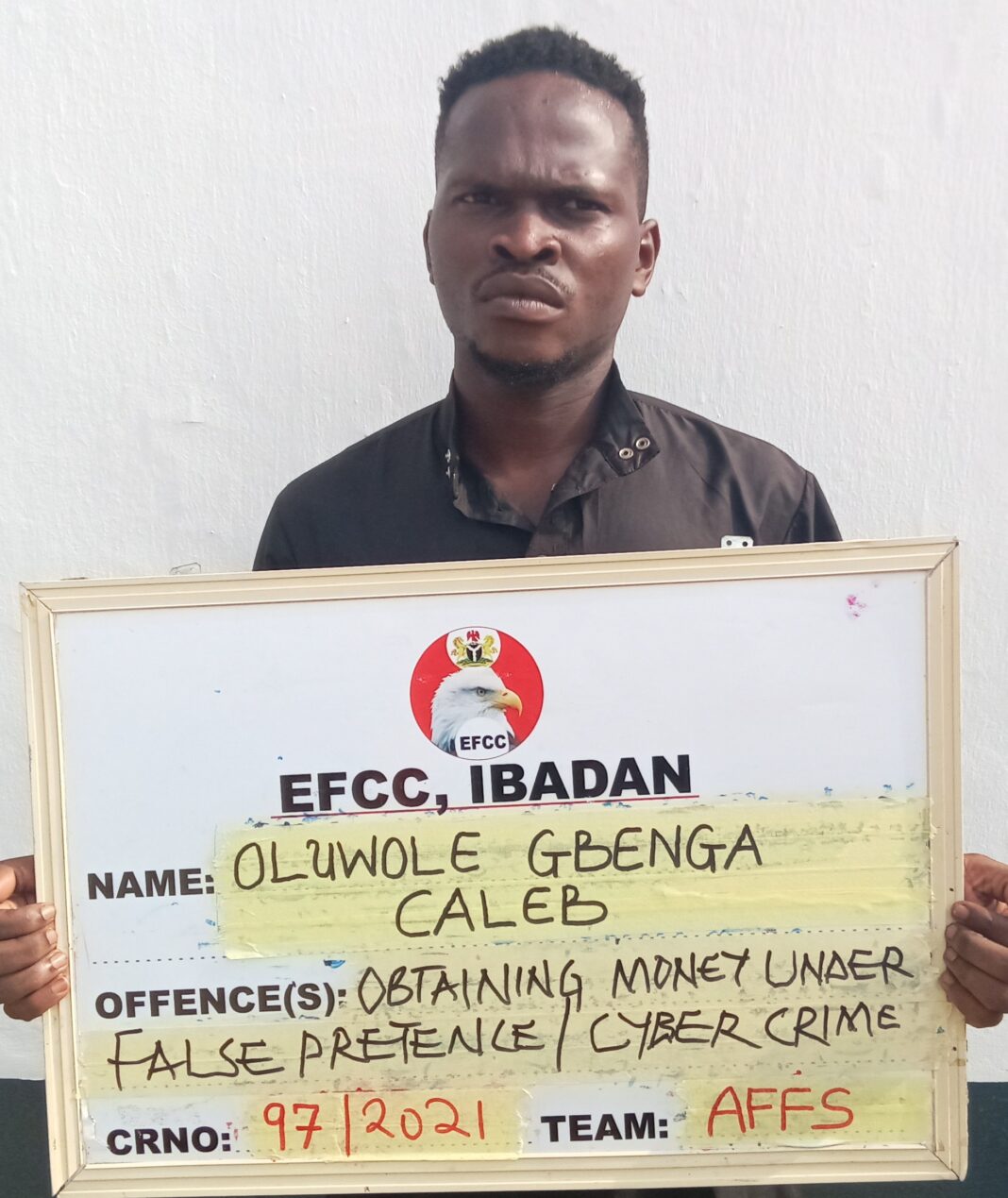 A Federal High Court, sitting in Abeokuta,the Ogun State capital and presided over by Justice Oluremi Oguntoyinbo, on Monday, June 21, 2021, convicted the duo of Oluwole Gbenga Caleb and Ayoola Oluwafemi for fraudulent impersonation.

The duo were convicted on a separate one count charge of fraudulent impersonation, preferred against them by the Ibadan Zonal Office of the Economic and Financial Crimes Commission, EFCC. Oluwole, 26, who claims to be an Architect, was arrested on February 9, 2021; and n the course of investigation, a number of incriminating documents were recovered from his email.

Upon arraignment, he pleaded ‘guilty’ to the one count charge.

Justice Oguntoyinbo, thereafter, convicted and sentenced him to one month imprisonment. Apart from his conviction, Oluwole was also ordered to restitute the sum of US$200, to the victim.

The court equally ordered the forfeiture of his Infinix mobile phone.

Similarly, Justice Oguntoyinbo convicted and sentenced Ayoola to three months imprisonment. He was also ordered to restitute the victim in the sum of US$200, and also forfeit one Iphone 6 mobile phone and a Lexus RX 350 SUV car to the Federal Government of Nigeria.