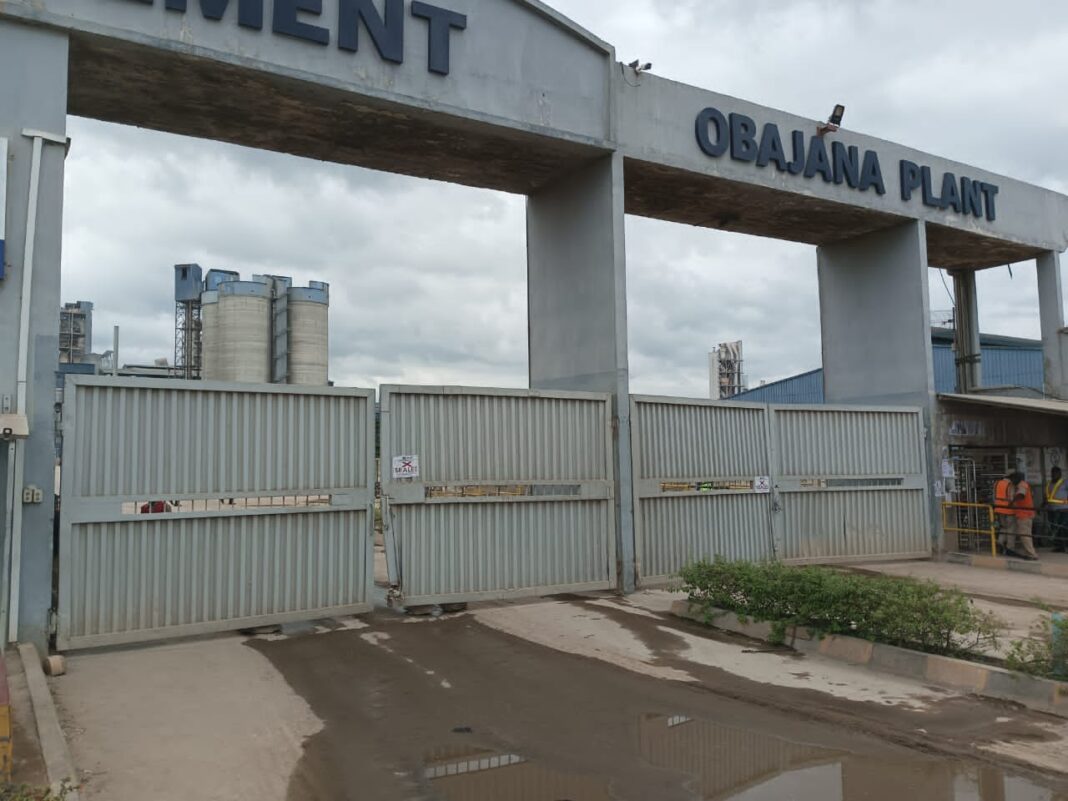 The Kogi State government, on Wednesday, disclosed that one of the youths that had trooped to support the sealing of the Dangote Cement Company, Obajana, in solidarity with the House of Assembly resolution, was shot by gunmen hired by the company to forcefully stop the implementation of the resolution.

A statement signed by the Kogi State Commissioner for Information, Kingsley Fanwo, said that the yet-to-be-identified youth was currently receiving treatment at a government hospital in Lokoja.

The state government expressed its total support for the decision of the Kogi State House of Assembly to seal the Dangote Cement Company over ownership tussle between the government and the Dangote Group.

According to Fanwo, today’s operation at Obajana has further opened the eyes of the state government to the criminal hub that Obajana is fast becoming, “with the level of arms and ammunition deployed by hoodlums hired to stop the sealing of the company, as directed by the state House of Assembly.”

“The successful sealing of the factory is a welcome development to enable all parties advance providing answers to the various unanswered questions surrounding the ownership of the company.

“Today’s operation at Obajana has further opened the eyes of the state government to the criminal hub that Obajana is fast becoming, with the level of arms and ammunition deployed by hoodlums hired to stop the sealing of the company as directed by the state House of Assembly.

“We thank the enthusiastic young men and women who came out in their hundreds to support the sealing of the company as well as our gallant security agents for repelling the criminals that were hired to stop the implementation of a lawful resolution by the law making body of the state.

“It is unfortunate that one of the youth supporting the sealing of the company in solidarity with the House of Assembly’s resolution was shot by the hired gunmen of the capitalist and he is currently receiving treatment at a government hospital in Lokoja.

“It is our responsibility as a government to protect the interest of our people and we will stop at nothing to ensure Kogi’s resources work for Kogi people.

“The executive governor of Kogi State, His Excellency Alhaji Yahaya Bello, has directed security agencies to fish out those who shot the innocent youth at Obajana and bring them to justice.

“We also call on our people in Obajana not to take the laws into their hands. They should remain calm and be law abiding, as government will always protect the interest of the state.”

The Kogi State government, on Wednesday, sealed the Dangote Cement Factory, Obajana, following agitation by Kogi indigenes on the questionable circumstances surrounding the acquisition of the company.

The Kogi State House of Assembly ordered the closure of the company, after its investigation into the cement factory’s operation allegedly revealed that no valid acquisition took place for the company.

Jubilant youths, who had trooped to the company on hearing the news of the closure, chased workers away, but were stopped by Kogi State officials, who promptly waded in to avoid damage.

The youths claimed that the company had neglected the community they are making billions from, despite the fact that residents are dying from illness as a result of pollution.

The state House of Assembly alleged that Dangote, upon invitation by the Assembly, requested for more time, but did not appear at the House to show any evidence to the contrary.

The state Commissioner for Information, Fanwo, while responding to journalists’ questions, said, “Pursuant to the constitutional authorities of the Kogi State House of Assembly, and upon petition by the people of Kogi State, an investigation was carried out on the acquisition of Obajana Cement Company by Dangote Company.

“It was found that no valid acquisition took place, as Dangote could not show evidence of what was paid as consideration for the acquisition.

“The legislators invited the Chairman of the Company, Aliko Dangote, before the House for explanations, but he failed to appear before the state House of Assembly, giving excuses.

“The House of Assembly, therefore, ordered the closure of the company pending when they are able to present it with credible evidence of a valid acquisition.”

The Director-General, Lands, Kogi State, Nasir Ochi, who was also on ground, added, “In this regard, the security agencies were directed to give effect to the resolution. Similarly, the various organs of government were also informed about this resolution.

“By law, the Kogi State House of Assembly can conduct investigation, order anyone to appear before it, or produce any document. Failure to obey such summons may lead to the arrest of a person who failed to appear.

“The government of the state has an obligation to also respect and give effect to such resolution from the House in the interest of peace and security of the state, and to avoid anarchy or breakdown of law and order.

“In this regard, Dangote has an obligation to respect and also give effect to the resolution of the Kogi State House of Assembly to avoid any act of lawlessness.”