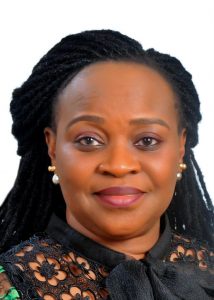 In line with its commitment to provide qualitative, effective and affordable healthcare to Lagosians, the Lagos State Health Management Agency, LASHMA, has called for entries for the composition of a theme song for ‘ILERA EKO”, a health policy initiative designed for the residents of the state, especially the informal sector, which constitutes 75 per cent of the economy.

LASHMA General Manager, Dr. Emmanuella Zamba, disclosed this in Alausa, saying that the request for entry for the theme song became necessary in order to create more awareness about the ‘ILERA EKO’ programme under the Lagos State Health Scheme, LSHS.

Explaining that the youths in the informal sector are very important to the success of the health insurance scheme subsector as they constitute a large percentage of the population in Lagos State and Nigeria, Dr. Zamba implored interested participants, especially youths in the state, endowed with creative talents, to capitalise on the opportunity and participate in the theme song composition talent hunt for the ‘ILERA EKO’ initiative.

She said, “Competent and reliable panel of judges had been selected to scrutinise the entries for the best creative, melodious, well-arranged and original entry, while the song with content relevant to the programme would be adjudged the winner.”

She noted that the best theme song would be unveiled to the public, after the winner must have emerged, adding that the winner will be highly rewarded and would also become the first Ambassador of ‘ILERA EKO’ programme in the state.

Dr Zamba, therefore, urged interested participants to visit www.lashma.lagosstate.gov.ng or the agency’s various social media handles for more information on the talent on or before Monday, 23rd November 2020.