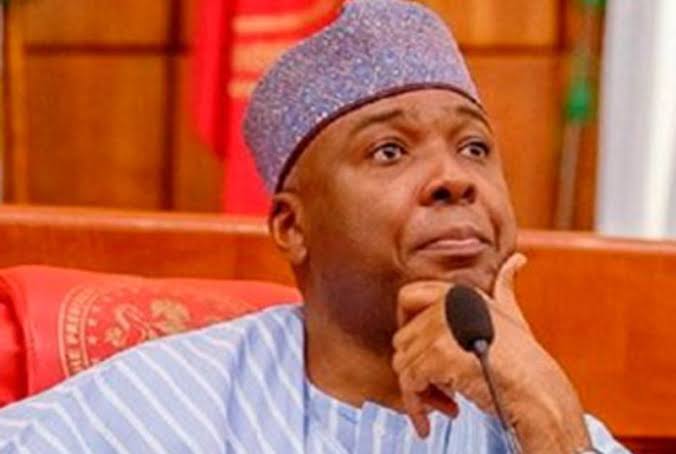 The Saraki family in Ilorin has lost the legal battle it instituted against the Kwara State government over the ‘Ile Arugbo’ land in court.

The court on Tuesday struck out the legal tussle over the land on which the building popularly known as Ile Arugbo was built on between the Sarakis and government for failure to call any witness in the case, which amounted to lack of ‘diligent prosecutions.

The government, by the judgment, got the legal green light to proceed with building another state secretariat for which the land was said to be originally meant for but made to house Saraki’s ‘Ile Arugbo’.

The presiding judge, Justice Abiodun Adewara of Ilorin High Court in his judgment struck out the case for “lack of diligent prosecution.”

The judge struck out the case after the appellants; the Olusola Saraki-owned Asa Investment Limited was said to have failed to call any witness to support its claims that the choice land belonged to the firm.

The land had for several years been used to host political followers of the Sarakis in the heart of the state capital.

But the Kwara State government had earlier in December 2019 reclaimed the land from the Sarakis, and went ahead to clear the land ahead of its use for the construction of another government secretariat.

The government had said the land originally belonged to the public, but was controversially transferred to a firm owned by Saraki, without any payment made to the government or document issued for it to be used for the purpose it is being used.

The act was described as “one of the most vivid examples of abuse of power and annexation of public properties for private use.”

After many months of legal tussle, going back-and-forth, Justice Adewara on Tuesday struck out the case when the claimants again failed to call their witness/witnesses, nor tender documents to prove ownership of the land.

Earlier on Monday, when the case came up for hearing, counsel to the claimants; Abdulazeez Ibrahim, had told the court that a joinder to the case, Alhaji Sanusi Babaeleku, has suddenly died, leading to the court striking out the name of the deceased.

When hearing of the case resumed on Tuesday, Ibrahim said they were replacing Alhaji Babaeleku with one Alhaji Abubakar Oluwatoyin, a request that the court granted and then asked them to proceed with their case by calling their other witnesses.

The counsel however said they were not prepared to proceed, because their lead counsel, Dr Akin Onigbinde, SAN, who he claimed has the relevant documents to proceed with the case, had just lost his mother and was preparing for the burial.

Counsel to the Kwara State government Barrister Salman Jawondo, however drew the attention of the court to what he called a deliberate attempt to delay the hearing and dispensation of the case after more than one year of judicial filibustering, urging the court to dismiss the case for lack of diligent prosecution.

He cited the previous failure of the claimants to prosecute their case, an observation that the judge said was valid and therefore struck out the case “for lack of diligent prosecution by the claimants.”

Meanwhile, Jawondo has said that the Kwara State government is willing to press counter claims of ownership of the land against the Asa Investment Limited.

The court has adjourned to 17 March, 2021 to hear the counter claims.