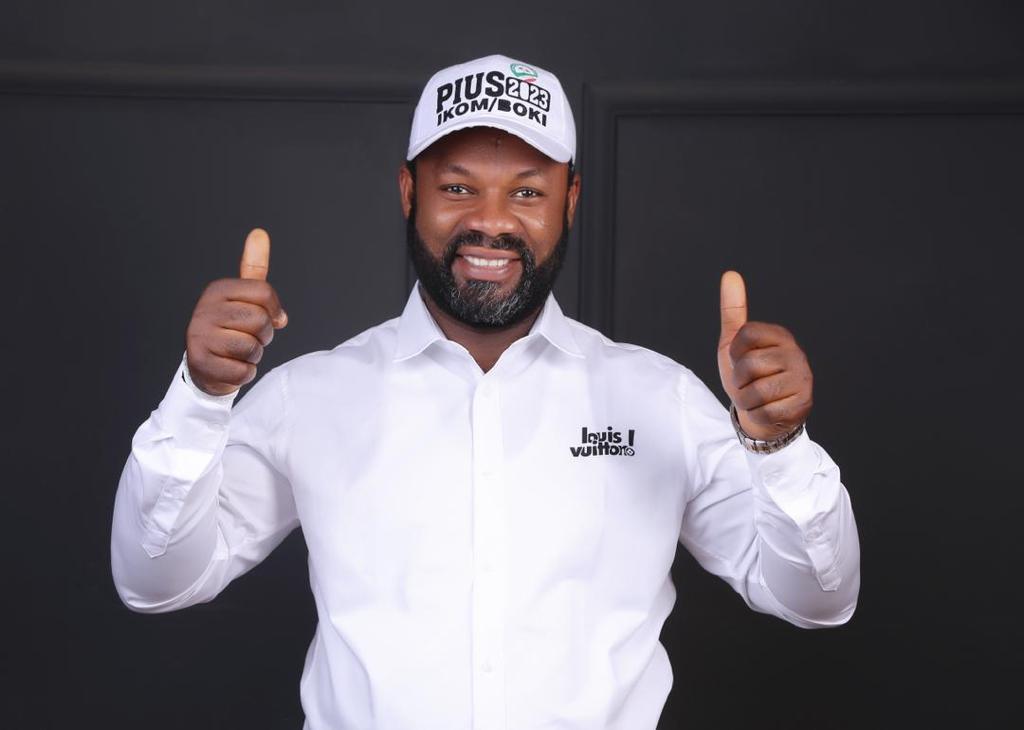 A chieftain of the opposition Peoples Democratic Party, PDP, Hon Pius Abang Besong, who is in the race for the ticket of the party for the Ikom/Boki federal constituency, has expressed confidence in his ability to coast home to victory, should the re-run primary election scheduled for today, October 5, 2022, be conducted transparently.

Abang made the remarks while answering questions during a telephone interview with our correspondent in Calabar yesterday.

Abang, who stated that election would come and go, but the people would remain together, advised the media team of his political opponent to desist forthwith from engaging in campaign of calumny so that they would not drag the good image of their fellow PDP man in the mud.

He stressd that no politician has ever thrived or defeated his opponent by mischief making and engagement in campaign of calumny.

Reacting to the derogatory comments credited to the media team of another PDP aspirant for the ticket, who had also been warming up for today’s contest, taking place at Ikom Local Government Area, the commercial nerve centre of Cross River State, it is sad to see people from the same fold condescending so low to cast aspersion on another fellow party man because they are desperate to clinch the House of Representatives’ ticket.

Abang said, “Re-run primary election would come and go, but we would still be party men, steering the PDP ship to higher and enviable height.

“Don’t you think it would have been wise for each an every one of us to maintain decorum, conduct ourselves in a more mature and civilized manner which our great party had been known for?

“I called on the upcoming politicians in the party to play the game by the rules, rather than go contrary against laid down rules, whereby aspersion is cast on fellow party men because of party primary.

“I feel we ought to halt dissipating energies, which should had been used in courting and wooing delegates, rather than channelling such into campaign of calumny.

“The re-run campaign that ended yesterday evening ought to have been issue-based as done in most civilized climes.”

He assured the constituents of quality representation if he clinches the PDP ticket, and “become our party flag bearer for the seat and finally goes ahead to win the election to represent the constituency at the lower chamber of the National Assembly in 2023.

He added, “I think my opponents should have been more civil in his campaign, instead of trying to cause others to avoid and shun those in the contest with them. I’m shocked when they attempted to discredit me in my enterprise and probably lower my reputation!

“For Christ’s sake, we are all members of the PDP. I see this contest as an opportunity for us to test our popularity.

“If I emerged winner, my expectation is that he should support me. In the eventuality of him clinching the ticket in a genuine re-run, I would support him to win opposition party.

“Aren’t we in the same party? Yes we are. This is an inter-party affair. Re-run would come and go, but we remain strong and committed party men who believe in the ideals of the PDP and the bond that had the party together.

“Let’s try and play the game by the rules so that at the end of the day we all can rejoice with one another.

“No one is drowning, as insinuated by our major opponents in todays contest. My team and I are solidly on ground.”