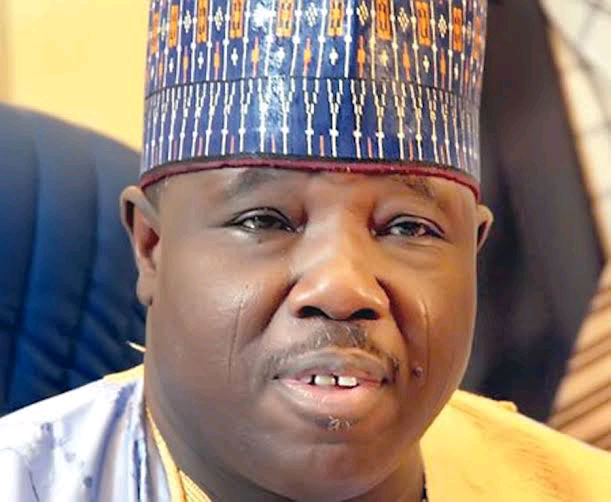 The former lawmaker from Nasarawa State told reporters in Lafia, the Nasarawa State capital that Sheriff practically dragged Shettima from the banking sector and made him governor, using his vast networks and goodwill.

Kashim disclosed his while responding to an online publication that averred that Sheriff is unfit to become the national chairman of the APC, insisting, “The writer forgets to mention how Senator Ali Modu Sheriff singlehandedly brought Shettima from the banking sector in 2007 and made him commissioner.

“Shettima was Sherriff’s commissioner for four years and Sheriff single-handedly handpicked him, using his empire without primaries to replace the late Gubio, who was killed by unknown gunmen.

“Today, apart from Governor Zulum, every politician both national and at the state level from Borno State made it through the Sheriff empire.

“It is on record that during the Third Republic, Sheriff of the defunct National Republican Convention, NRC, defeated Kolo Kingibe of the defunct Social Democratic Party, SDP, and wife of the then SDP Chairman, Babagana Kingibe, to emerge senator for Borno Central in 1992.”

Adding that Sheriff was also elected senator on the platform of the UNCP during the General Sani Abacha’s military regime and returned in April 1999 as senator on the platform of the defunct All Nigeria Peoples Party, ANPP, during the Fourth Republic, Kashim said, “In 2003, he ran for governor of Borno State on the ANPP platform and won and he was re-elected in 2007 and in both cases, he defeated the People’s Democratic Party, PDP, candidate, Kashim Ibrahim Imam.

“He left remarkable legacies as Borno State fovernor for eight years and the records are there for everybody to see. He was one among the founding fathers of the ANPP and was the party’s board of trustees chairman.

“He led the party into negotiation with other opposition parties to form the APC. His desire to contest for national chairmanship of APC is born out of passion for progressive Nigeria and his sincere belief in the leadership of President Muhammadu Buhari.

“Sheriff himself has come out openly to declare that he can only contest the national chairmanship position if it is zoned to the North East, pledging his loyalty to the party and the leadership of President Buhari.”

Kassim said that the allegation that Sheriff is sponsor of Boko Haram in Nigeria cannot stand the test of time, because the then State Security Services, SSS, already cleared him on December 10, 2004 of any indictment.

“The SSS in their report claims that Stephen Davis and others fraudulently conspired to blackmail and implicate Sheriff and Mala Othman, former APC chairman in Borno State as sponsors of the Boko Haram.”

2023: Neither Tinubu Nor Osinbajo Is Fit