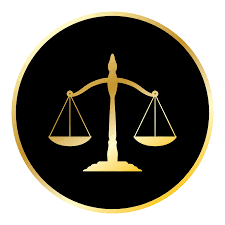 A 42-year-old housewife, Morenikeji Fagbewesa, on Tuesday asked an Ado-Ekiti Customary Court to dissolve her 21-year-old marriage to her husband, Jide Fagbewesa

Morenikeji is seeking the dissolution on grounds of desertion and lack of care for her and the children.

She added that he had nothing when he met him but married him out of love. She further alleged that her husband impregnated another woman when she had her first child, saying he told her but waved it aside.

She said thereafter, he impregnated another woman.

The mother of three further disclosed to the court that she and her husband had a disagreement and her husband left her and the children for five years, but later came back, begging her that they should reconcile.

She informed the court that during the period of his prolonged ‘absence without leave,’ AWOL, she was able to build her house, adding that when there was no money to pay the house rent, she moved to the house.

She added that thereafter, her husband’s attitude changed and he left home for another 15 days.

She said that there was a time she called him for their first child’s admission tuition fee, but said he had no money, and did not do anything until the admission closed.

Morenikeji said later the child decided to learn a trade, but her husband refused to put money down for signation.

She added that the two other children are going to private school; and he is not doing anything concerning them.

She alleged that he does not care about their welfare, saying she has been responsible for the children’s welfare all along.

In his defence, the respondent, Jide, 45, and resident of No. 30 Basiri, in Ado-Ekiti, said his wife told him that he should join them in her house, and that he should contribute to the building of the house, though reluctant, he said he later consented.

He said barely after he moved in, she started misbehaving and talking to him anyhow, saying she told him that he used his motorcycle to destroy the pavement.

He said that there was a time she woke him up in the midnight that he impregnated a woman and threatened his life, and he had to leave the house.

The respondent further said that the issue of their children was the cause of their fight, saying before she has no time for them and cannot buy anything for them except he does it.

He admitted that it was true that their first daughter did not pass WAEC and told her to retake but his wife later told him that she had secured admission for her without his knowledge.

He added that not quite long, she came to tell him that she was learning chemist without his knowledge, saying he went to his daughter’s boss and promise to pay for her apprenticeship.

Admitting that it was true that he has not paid the school fees of the other two children, because he wanted her to feel it, since she claimed that she has been responsible for the payment, the respondent prayed the court for separation and to award him the custody of his children.

The President of the court, Mrs Olayinka Akomolede, after hearing from both parties, adjourned the case until August 20 for judgment.