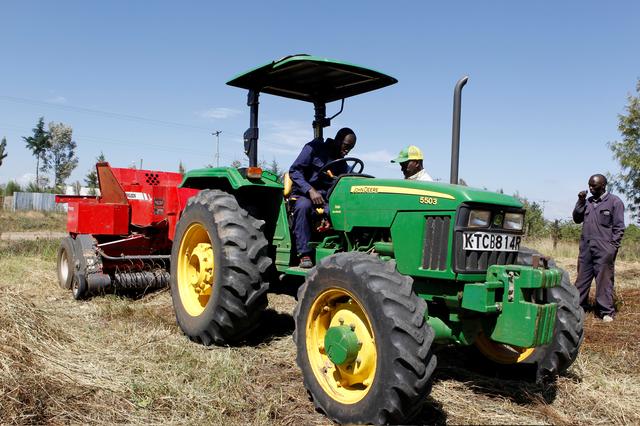 The Chairman, North East Commodity Association, Alhaji Sadiq Umar-Daware, has said that hoodlums who took advantage of the #EndSARS protests, have carted away 110 new tractors and implements from the association’s warehouse in Yola.

He added that the hoodlums broke into another warehouse filled with fertilisers and carted away several bags and farm implements arranged for distribution to farmers to commence the planting season.

“They not only took tonnes of produce, but they also made away with the farm inputs for the dry season farming and the offices of Rice Farmers Association, RIFAN, Maize Farmers Association of Nigeria, MFAN, and the NECAS were also looted and vandalised.

“Files for various programmes were destroyed and they made away with various documents.”

He said that NECAS has many tractors, because it was incorporated to provide, among other services, tractor leasing and mechanisation service for farmers.

He added, “What they took away include tonnes of rice, beans, maize, sorghum and millets, and computers, tables, chairs, office equipment, water dispenser and cash.”

Umar-Daware said that complaints were laid to some security agencies but they did not respond, adding, “Based on our own findings, they have kept some of the tractors in some people’s garages and when reports were made, the response was not favourabl.”

He described the act as extremely dangerous and inimical to the mechanisation services to farmers and development agriculture aimed at ensuring food security; even as he however, urged people in Adamawa and its environs to be on the lookout for anybody in possession of the tractors and report to NECAS, RIFAN and MFAN officials for recovery and necessary action.

NAN reports that NECAS is involved in agriculture-related services and human capacity development across the North-East region states of Adamawa, Bauchi, Borno, Gombe, Taraba, and Yobe.

Since its establishment in 2018, the association has expanded its scope of activities, especially through the Federal Government, CBN’s Anchor Borrowers’ Programme, ABP, mechanisation drive, and partnerships with development agencies.