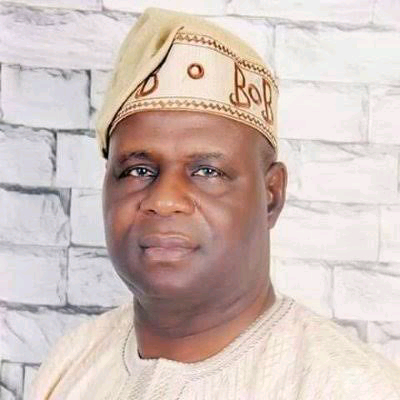 The governor of Yobe State, Mai Mala Buni, who doubles as the chairman of the National Caretaker Committee of the All Progressives Congress, APC, is responsible for all the crises rocking the APC across the states, a fctional chiarmna of the party Kwara State has said.

In his reaction to the Supreme Court judgment on the legal tussle between Ondo State Governor Rotimi Akeredolu and the candidate of the Propels Democratic Party, PDP,in the October 2020 gubernatorial election in the state, Eyitayo Jegede, on Wednesday, Hon. Omolaja Bolarinwa, a caretaker committee chairman in Kwara State APC, said that though Akeredolu narrowly won the case, there was an indictment on Governor Buni’s committee by the court’s minority judgment.

Bolarinwa opined that
the tussle between Jegede and the PDP on the one hand, and Akeredolu and the APC on the other hand regarding the outcome of the 2020 governorship election in Ondo State would have been unnecessary had the national body not complicit in the crisis that rocked the state chapter of the party.

He said that despite the ruling by a very narrow margin against Jegede, the Supreme Court justices were still unanimous that the Buni-led caretaker committee of the ruling party is untenable in the face of the law.

Bolarinwa added in the same manner that the Buni committee had inflicted series of crises in the party in the country, saying, “It is difficult to absolve the current national leadership of our party of complicity in the crisis rocking the APC also, in Kwara State today.”

Bolarinwa, who was the chairman of the APC in Kwara State before the advent of Governor Buni’s National Caretaker/Extraordinary Convention Planning Committee last year, is now regarded as a factional chairman of the state caretaker committee.

The other chairman of the party, recognized by the Buni committee, Alhaji Abdullahi Samari, had earlier in the week addressed a press conference to announce the readiness of Kwara State APC for tomorrow’s ward congresses across the 193 wards of the state.

Samari was accompanied at the press briefing by three members sent by the national body to oversee the conduct of the congresses across the 16 local government areas of the state.

However, Bolarinwa’s faction had also told journalists that they would equally conduct congresses in all the wards in the sixteen local government areas of Kwara State, a situation that would portend parallel congresses in ybe state tomorrow.

Meanwhile, the state APC Caretaker Legal Adviser, Barrister Ladi Mustapha, during an interaction with journalists, said the national body had “tried all the tricks in the book to pervert the cause of justice on issues, but our God is a God of justice.”

He added that as a lawyer and in the face of the law, Hon. Bolarinwa was still the authentic party chairman in Kwara State, adding, “We have remained undaunted, resolute and focused on the ideals and philosophy of our party.

“For the avoidance of doubt, the Supreme Court ruling on Eyitayo Jegede vs. Rotimi Akeredolu governorship election should be bold enough on the wall of justice that Hon. Bolarinwa’s chairmanship is as solid, in law, as the rock of Gibraltar.

Barrister Mustapha declared, “Therefore, it is advisable for the political masquerades to step back to the shrine and allow peace to reign in the party.”