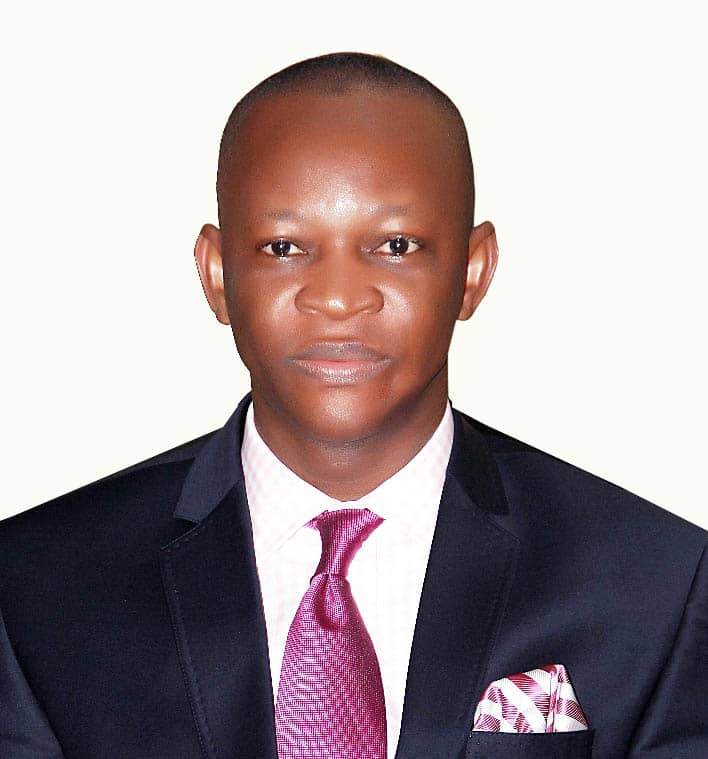 Bishop Dr. Gospel Emmah Isong is the National Publicity Secretary of the Pentecostal Fellowship of Nigeria, PFN, and the General Overseer, Christian Central Chapel International, CCCI, a.k.a Faith Mansion World Headquarters, Ikot Eneobong, 8 Miles Calabar. In this interview, Isong spoke about the sorry state of the Calabar-Itu road, his attempt to woe Nigeria’s Vice President Yemi Osinbajo to pay attention to the rehabilitation of the road and lifting of many from abject poverty by President Muhammadu Buhari and other sundry issues. NSAN NDOMA-NEJI brings the excerpts:

What is your take on the Calabar-Itu-Odukpani federal road project which the Federal Government awarded the contract in 2017, but has rained impassable till date?
The Calabar Itu road, maybe you journalists keep my archives, if you keep my archives, you will remember my opinion, because I don’t forget what I said, remember I said that if former President Goodluck Jonathan does not finish that road, which is part of the East-West road, it comes through Ikot Ekpene; there are two routes – there is one that comes through Uyo also and terminates by that Itu junction. In fact it is supposed to continue till Ikom; if you remember, I said if Jonathan as a Niger Delta President does not do that road, we will struggle to finish that road.
I even said he will not win re-election, I said it very clearly, even as a prophet, I said it. I am so passionate about that road, I have lost members of my family and the church on that road, I have done burials of pastors on that road; my own wife had terrible accident on that road and came for thanksgiving; on that road you know my wife is in the judicial system of a neighbouring state, we operate from two states and have intermarried, I belong to two states, so when you mention the road, let me give you the most emotional part of my thoughts on this Calabar-Itu road: are you aware that all those that we have put in charge of the NDDC and all those ministers from Akwa Ibom and Cross River staates end up only contesting governorship elections as their priority projects?
Please give me one name that has been a Niger Delta minister or NDDC MD or Chairman and I will tell you which governorship elections he tried to contest, you are journalists, do your investigations and prove me wrong, when I speak, I speak with data and have done my research, what is that kind of scenario? Let me give you the shock of your life – in the past 10 years, it is Cross River and Akwa Ibom states that have dominated the NDDC, either as minister or MD, I have not seen two states, who almost own the Niger Delta or the NDDC.
Not quite long, Usani Usani just handed over to Godswill Akpabio, I don’t now if I am wrong and unfortunately, we have just been unable to finish our only road that takes us out, apart from Ikom road, which we drive to the North, I know that some of you as I am talking have not passed through that road and if you pass through it, you will developed hatred for both local, state and Federal governments.
You will even begin to hate your councillor from your state. It is a road that will take 35 minutes if it is good, but it takes 4 hours if you are with a good car and if you don’t meet gridlocks; people have died on that road, like Professors Etuk and Mbikpon were killed on that road. I can give you over 20 names, how many kilometres is the road and we cannot just focus on it and get this road finished.

What do you think is responsible for the abandonment of this important road?
To me, politics has killed Calabar-Itu road. When they know they were coming for elections in 2019, do you know what they did, they went between Ibiono and Ntak junction, marked some houses and there were vibes everywhere; they said they were finishing it shortly and as soon as APC lost the elections in the two states, the tractors started going back one by one.
Anybody who wants to run for governorship or other political office starts roaming that road and nobody has sat down to say that this road issue must end, in 18 months that road thing can end, the contractors there are serious.
They are paid and only the audit will reveal how many billions have entered Calabar-Itu road and not even one gutter has been repaired, it is very sad. The Federal Government should do something about it.
I once spoke with Vice President Yemi Osinbajo about the Calabar-Itu road, when I had an opportunity to interact with him and he said some things which entered my skull on the matter. By my estimation, I think Professor Osinbajo is one of the most honest and most intelligent Nigerians that is in government.
I am speaking across party lines, I don’t belong to any political party, I spoke with him in Aso Rock and he confronted me; if you put it on air he will confirm that its the truth, his answer was very professional and truth. He told me, ‘Sir the projects in the Niger Delta are mismanaged by the leaders of your region,’ he told me to go back and put this question to our leaders. He said to me, ‘Your political leaders know about these roads, so we cannot just be sitting here and say Buhari is to be blame.’
Our own Buharis here are worse than the Buhari that is in Abuja.

People are wondering why the Vice President is still there in the midst of the killings?
Why won’t he be there, whether the killings will be worse if he were not there. There is something I teach Christians on politics, may be you like to hear this viz a viz your question. You know as a bishop, how far I have presented myself in government activities, you should know some are seeing it derogatorily, but then politics is about participation and presence. There is no way you are around in a meeting or discussion and they discuss it against you. Nowhere. So the presence of Mr. Vice President, an ordained pastor of the Redeemed Christian Church of God in Aso Rock is one of the greatest advantages of Christianity. Forget about forces in Aso Rock, the All Progressives Congress, APC, had forces, the Peoples Democratic Party, PDP, has forces, even in your office at the NUJ are also some forces. It’s the reasons they are called power brokers.
Even you sitting in front of me here, I don’t know which group you belong to. So don’t undermine his presence there; his presence is very vital to God, and Christianity, how vocal and active he has used his powers its constitutional.

Let me not speak against the President or for the President, there are no 10 million Nigerians anywhere that have been lifted out of any poverty. I run a church and I am the National Publicity Secretary of the PFN, I relate to people all over the world, meet people day by day, may be what the President should say is that he is intending to remove 10 million people from poverty, the poor ones in my church are still poor, that is a very hypothetical statement, very academic and can be practicalised. If people heard the President, but it has not happened yet, I can prove this. I am an economist by training, there are indices of economic recovery which are not subject to the Minister of Information, or political propaganda, there are indicators, you and I can even start permutations now, we can calculate and check the indicators for a rising economy, they are not calculated based on political statements, just like Transparency International, when you people are saying we are not infringing on human rights, they will say you are the worst in human rights, because there are indicators to measure all these things.
You cannot just in the comfort of your home or office make political statements, you can make those statements and it does not amount to realities; most of the President’s speeches are for political reasons, to help calm down the nerves of Nigerians.
He has the right to say so. I mean he is a politician and as an elected officer he has the right to make these statements and most of those speeches are written speeches by the way, and not from the heart of the President. My advice is for him to review some of these statements before making the pronouncements.

The world bank says 100 million Nigerians have been plunged into poverty, what does this portend for the country?
You know when an international organisation says poverty line, there are calculating per capita income, earnings, productivity, so it may even be more than that, but my suggestions is this, I don’t like discussing problems, but solutions. Government should not be seen to be sending money into the economy, injecting money, the idea of many politicians is to inject money into the system through the hands of cronies which later disappears into private hands, which is corruption that we are talking about; what government should do is to turn around the economy, develop or activate productivity, generate production; it is very easy, we have the raw materials and factors of production, don’t we have people, raw materials, labour? We have all those things; sensitize and create productivity, there is no productivity going on, somebody said Nigerian youths are lazy, which is true, they have nothing doing, I don’t know how many of your cousins are troubling you like me and they are many, there is no productivity.
I don’t just mean industries, create productive activities that will get the youths busy. Do you hear what they call ‘One Million Boys’? Have you seen them on video before? You think they are not up to one million? They are more than one million. When they are robbing any place, they send letters and come like bees and grasshoppers, if there were to be productive activities and people are engaged, it will generate private income that will make these people live a sustainable life, hand to mouth, at least feed their families. What are the three basic needs of human beings? Food, shelter and clothing and perhaps security.