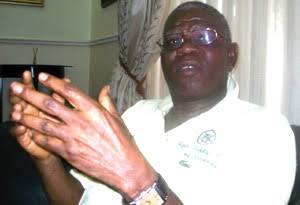 The Deputy Governor of Lagos State, Obafemi Hamzat, has been berated for equating Agberos with medical doctors on the occasion of his 56th birthday.

It was widely reported that Hamzat had compared the National Union of Road Transport Workers, NURTW, with the Nigerian Medical Association, NMA,in the occasion of his birthday.

Olanrewaju said that Hamzat’s statement does not reflect the level of education he claimed to have achieved, adding, “It equally belittles the very office which he presently occupies.”

Olanrewaju added, “It is stunning and outrageous for Hamzat to equate the Agberos, who are the greatest threat to our democracy in Lagos State to professional medical doctors, whose training and vision are perhaps the most significant service to mankind anywhere in the world.

“Hamzat has committed a very serious and damaging reckless dribble of the mouth against professional good men and women at this perilous time of the COVID-19 pandemic, who are the very frontline heroes, standing between us and the pandemic scourge.

“Hamzat’s statement shows that he is unfit and unsuitable for the very office he occupies. The very twaddle in his unguarded utterance betrays a man, who has no regard for learning, who is indifferent to the welfare of the average Lagosian, whose fixity about political power and his party’s militia wing, as symbolized by the Agberos, is apparently more important to him than the well being of Lagosians.”

Olanrewaju added that the Nigerian Medical Association, NMA, should demand from Hamzat an immediate withdrawal of the jejune statement and also an unreserved apology.

He added, “In a more enlightened, disciplined clime, he should render a public apology to all Lagosians and resign his position immediately.

“Finally, it is a very bad example for the Deputy Governor to be celebrating a birthday party in this perilous time, as hundreds of people are losing their lives. And, just last year, he did the same thing by blocking a larger part of Alexander Avenue, just to celebrate a birthday. What destructive hubris! This is tragic, sickening and unacceptable.”