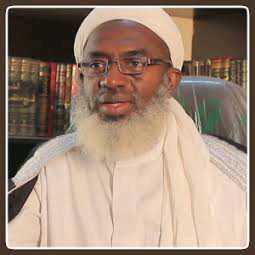 Bandits are busy gathering money from Ransom from kidnapped victims to acquire anti-aircraft missiles to repel any attack from security forces, according to a prominent Islamic cleric, Ahmad Gumi.

Gumi had met with some suspected bandits in a forest in Zamfara state; and after the meeting, he asked the Federal Government to forgive and compensate them, saying that most of them (bandits) had lost all their possessions to cattle rustling and extortion.

Speaking in an interview, the cleric said the activities of bandits may become a full-blown insurgency if the government does not act fast.

Gumi said that the bandits know the terrain of the forests better than the military, which puts them at an advantage, insisting that the best tactic is not to use force but to “pacify” them.

He said, “These people were the first victims of cattle rustling, who lost all their cattle to rustlers because then, the rustlers were having the guns. Then when they lost their cattle, they joined (the rustlers) and they started to kidnap people. In fact, most of the kidnappings, they (the bandits) are doing it to acquire weapons. They are now trying to buy missiles, anti-aircraft missiles. This is already developing into a full-blown insurgency and we should stop that.

“Like I said, they are collecting ransoms to buy weapons. They want their cows, not money. They are doing that (kidnapping) to raise money just to buy weapons to repel helicopters and airplanes and to attack anybody that is going to attack them. You have to understand the psychology of these people.

“When you offer them amnesty, they drop their weapons. Then you go in, build schools for them, build hospitals for them, get them censored; get them registered; then you can control (them).

“You can’t have access to them through the gun. Honestly, they know the terrain in the bush more than our military. So, it is better to negotiate with them.”

The cleric said that the bandits have informants in the armed forces, who provide them with information.

He added, “They have collaborators everywhere – in the armed forces, everywhere. One of them said, ‘Even this cattle rustling, we don’t have trailers to transport cattle to where they are slaughtered. We don’t have an abattoir.’ So, there are people who are (collaborating with them). Even the kidnapping of the people, they said, ‘We don’t know these people; it is the people in town that will tell us a certain person has money’.”

He therefore asked the government to embrace dialogue in dealing with the bandits to forestall the spread of their criminal activities to other regions of the country.