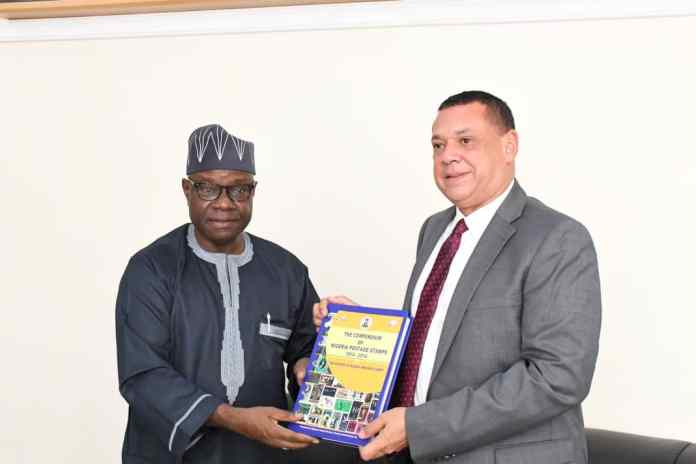 The Nigerian Postal Service, NIPOST, is not taking the issue of innovation with kid’s glove, especially in the face of growing competition.

This was the import of the message of the Postmaster General of the Federation and Chief Executive Officer, NIPOST, Dr. Ismail Adebayo Adewusi, when he hosted the Group President of the Silverbird Media Group, Ben Murray-Bruce, in his office in Abuja.

A statement signed by NIPOST’s General Manager, Corporate Communications, Mr Franklin Alao, quoted Dr As saying that NIPOST’s unbundling is an integral part of the innovations necessitated by the prevailing situation around businesses globally. The NIPOST boss added that with technology driving communication and courier and logistics business, NIPOST could not afford to be laid back in its operations.

He said, “We are moving with time. As it is today, NIPOST is reinventing itself, as well as trying to be creative in the competitive world of ICT to remain relevant.

“Moreover, the premium service, EMS which is one of main attractions of the organization is in competition with the private sector players, but at the same time, we are also rebranding and unbundling some of our assets to leverage on to be competitive and to provide the best quality of services.”

Adewusi also told Murray-Bruce that NIPOST is not in competition with any other agency of the Federal Government, insisting that each agency of government has its mandate with clear-cut responsibilities.

He enthused, “NIPOST has a mandate which includes production of postage stamps, including revenue stamps, which was covered by the Finance Act 2020.

“The postage stamps that NIPOST creates are not just to post letters, but to also authenticate documents. We are not tax collectors, but we provide instruments to validate the taxes collected.”

Commending the Silverbird Group for its consistency over the years, Dr. Adewunmi added that “in today’s fierce and complex business environment, Silverbird has earned its reputation.”

In his response, Murray-Bruce maintained that there was need for collaboration between his organization and NIPOST, adding that such mutual relationship would enhance the fortunes of both NIPOST and Silverbird.