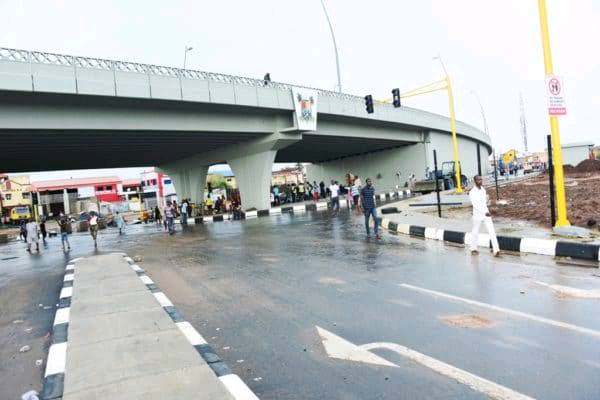 A Lagos based rights group, Yoruba Radical Assembly, YRA has commended Lagos State Governor Babajide Olusola Sanwo-Olu for the completion of the Pen Cinema Fly-Over Bridge in the state, saying, the governor has made good his promise that there would not be any abandoned project in the state.

Giving the commendation, the
Convener of the group, Comrade Omolola Oriade, in a statement, expressed excitement and happiness over the project set to be unveiled on Saturday, February 20, saying, the fly-over, when put into use, would relieve the residents and road users of stress they have been going through since the construction started on the bridge during the tenure of the immediate past Akinwunmi Ambode administration.

The statement added that Sanwo-Olu deserves commendation, because in some unfriendly climes, such a project would have been abandoned under the pretext that it belonged to another administration, pointing out that, the governor has demonstrated his belief that the project belongs to the generality of the people and not to any particular government.
Giving the governor, along with his team, a pat on the back for his avowed commitment to the wellbeing of his people, the group enthused that if he continues on the path of progress and development he has determined to tow, Lagos State would soon attain the Mega City status, assuring that a “Daniel has finally come to judgment.”

Comrade Oriade said, “We, the patriotic members of the Yoruba Radical Assembly, YRA, are so excited about the bridge that is slated for inauguration on Saturday 20, 2021, because of its importance to the economic advancement of the state. Apart from helping the economy to strive further, it would also assist the residents to drive with ease and reduce the stress being caused by traffic hiccups. And when stress is eliminated, the medical fitness of road users would be guaranteed.

“Besides, traffic robbers would not have room to operate, because there would be smooth and free flow of traffic around areas like Agege, Abattoir, Fagba, Ogba, Oke Koto and Orile road among others. And this would thus reduce wasting of quality productive office hours of the residents.”

Against this background, the rights organization therefore appealed to all the road users to maintain decorum so that the purpose of the road should not be defeated, adding that, the governor should be appreciated with a view to encouraging him to do more for the good people of his state.