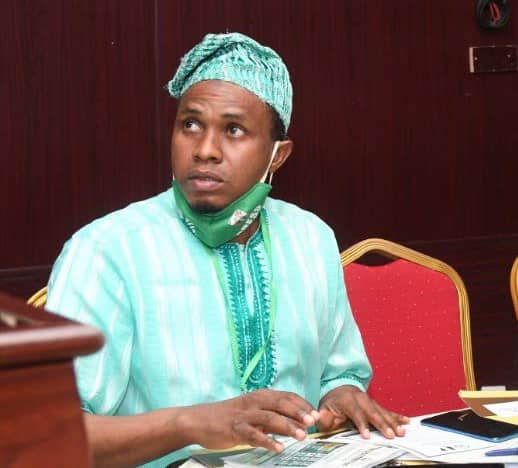 The Nigeria Auto Journalists Association, NAJA, the umbrella body of journalists covering the motoring and auto industry, has unanimously suspended from office, the association’s vice chairman, Tajudeen Adebanjo, of The Nation Newspaper.

A statement signed by NAJA protem Secretary, Segun Odunewu, and made available to the media, the decision to suspend Adebanjo was unanimously taken by NAJA members present at its extra-ordinary meeting, held at the National Stadium, Lagos on Thursday.

At the meeting, the association passed a resolution authorizing the suspension of Adebanjo for gross misconduct and indiscipline, even as it also resolved to refer him to a disciplinary committee for further disciplinary action, which could see him formally removed from office.

Speaking after extensive deliberation by members on the issues raised at the meeting, NAJA Chairman, Mike Ochonma, said that while the suspension remains indefinite, the suspended vice chairman had consistently shown gross ineptitude to his office as an exco member.

The statement further added that in his attempt to disrupt the meeting, the suspended Vice Chairman stood up and physically insulted the chairman, threatening to slap him.

In the process, while the chairman called for adjournment of the meeting to forestall the breakdown of law and order, the motion for adjournment was moved by Theodore Opara, and seconded by Adejuwon Osunnuyi.

Meanwhile, the NAJA Chairman has urged auto stakeholders to remain steadfast with the association, reiterating that NAJA remains unified and would continue to work together as critical partners to the progress of the auto industry.

He said, “As we have been doing over the years, be rest assured that as critical stakeholders of the industry, we would continue to be objective in our reportage as our different accurate and critical analyses of the auto industry’s activities will continue to help the industry to grow.”

COVID-19: LASUBEB Gets Support To Curb Spread In Primary School