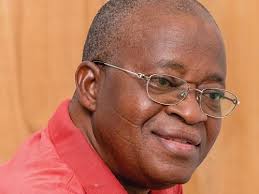 A chieftain of the All Progressives Congress, APC, in Osun State, Hon. Oyintiloye Olatunbosun, has urged residents of the state to desist from dumping refuse in the waterways, saying engaging in such action portends danger.

Oyintiloye, who is the former lawmaker representing Obokun state constituency, warned that the act of dumping refuse in the waterways is disastrous to the general wellbeing of the people, especially during the raining season.

The former lawmaker, in a statement in Osogbo, said the fact that Osun State is listed among flood prone states as captured in 2020 Annual Flood Outlook, AFO, released by the Nigeria Hydrological Agency, NIHSA, is a warning to the residents to desist from blocking water channels with dirt.

The statement read in parts, “Proactive steps of massive de-silting of drains, clearing of culverts with identification of black spots as the state prepares fully for heavy rains, are equally not left out.

“Strategic repositioning of the Osun Waste Management Agency, OWMA, for an effective and resourceful waste management programme towards elimination of refuse in the state is one of the efforts on the part of the government.

“Beloved residents of the state should equally cultivate the habit of placing their gathered refuse at the ‘jersey barrier or wall’ of the road for easy access to them by the OWMA.

“Health officers across the state are equally charged to live up to their responsibilities by keeping their searchlight on environmental pollution as perpetrated by the people.

“With the support of the people in the state, the government through the ministry of environment and we will definitely succeed in cleaning wastes indiscriminately dumped or carefully kept in different parts of the state and the residents will live in a safe environment even in the middle of heavy rain.”