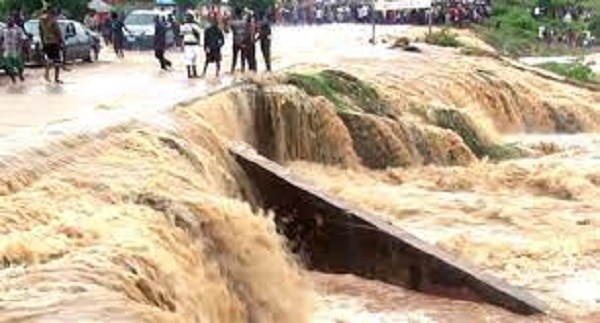 About 17 communities in Toto Local Government Area of Nasarawa State have been bubmerged by flood, which weekend untold havoc, following a torrential rainfall on Tuesday.

This was disclosed by the chairman of the local government, Abdullahi Aliyu Tashas, when he paid on-the-spot assessment visit to the affected communities in Umaisha Development Area of the Toto Local Government Area.

Represented by his deputy, Abubakar Haruna Kwanaki, Tashas said that the visit to the scenes of the disasters was to ascertain the level of destructions caused by the flood in the affected communities.

The council boss expressed sadness that the flood submerged over 17 communities, where houses, farmlands, schools, clinics and other properties worth millions of naira was destroyed.

While sympathizing with the paramount ruler of the area and the people of Umaisha Development Area, Tashas appealed to the state government to come to the aid of the flood victims in order to improve on their living.

He, however, maintained that the council would do all within its power to assist the victims of the flood and report same to the state government for urgent intervention.

The Ohimege Opanda Umaisha, Alhaji Usman Abdullahi, called on the state and Federal Governments, non-governmental organizations and spirited individuals to come to the aid of his people.

Communities visited by the Toto Local Government Area chairman, and which were affected by the flooding included: Umaisha, Kanaworo, Ehemkpa, Gbagidigbo and Ogbere, among others.