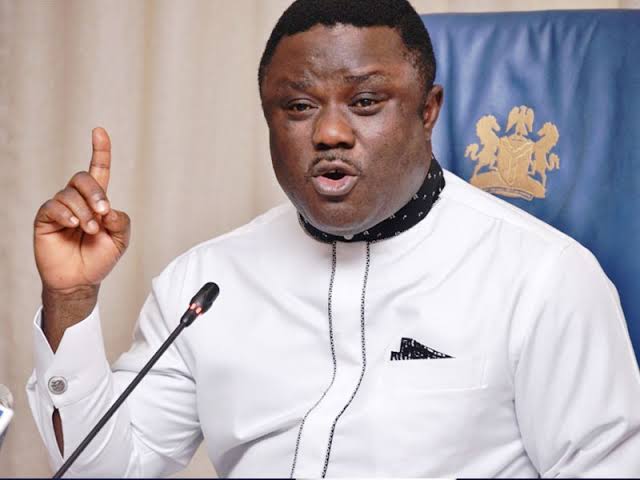 The World Bank has granted the sum of $20.4 million to the government of Cross River State for proving its mettle in the implementation of the State Fiscal Transparency Accountability and Sustainability, SFTAS, programme.

Two other Nigerian states that also benefitted from the grant include Kwara and Sokoto states, for living up to expectation, just as Cross River State, despite the high standard set up by the World Bank with regarding SFTAS programme.

A report released by the Federal Ministry of Finance, Budget and National Planning, which supervises the project, stated that the state earned the score after a detailed annual performance assessment of all 36 Nigerian states under SFTAS programme.

SFTAS is a World Bank funded competitive programme of the Federal Government, which rewards states for achieving indicators for improved fiscal transparency, accountability and sustainability.

Speaking with CompassNG in Calabar, a staff of the Office of the Auditor-General of the Federation, Mr. Nkenchor Abel, who claimed to have worked in Calabar in the early years of his career before joining Auditor-General Office in Abuja, lauded the governments of Cross River, Kwara and Sokoto states for their hardwork where and for meeting up with the high standard set up by SFTAS to enable the three states attract the grant.

Abel averred that Cross River State achieved a total sum of $20.4, with a score of almost 100 per cent for all Fiscal, Transparency and Accountability indicators of the World Bank’s SFTAS audit in the 2020 fiscal year.

He added thta the stride was earned after a detailed annual performance assessment of all 36 Nigerian states under the SFTAS programme.

The grant achievement places Cross River State atop of the 36 states in the federation and sets a record for the fiscal year.

He enumerated the issues that qualified the states for the grant to include: strengthening of Internally Generated Revenue, IGR, collection; implemented biometric verification to reduce payroll fraud; improved procurement practices for increased transparency and value for money.

Others indices which also qualified the state for the grant also include: strengthening of public debt management and fiscal responsibility framework; improved debt sustainability and institution of more transparent budgeting process over the course of the fiscal year.

The three states in Nigeria that ranked top in SFTAS by the estimation of the World Bank to benefit from the disbursement of million of dollars as grant for the 2020 fiscal year are: Cross River, Kwara and Sokoto states.

As a tradition, the Federal Ministry of Finance, Budget and National Planning supervises the SFTAS program, while the Office of the Auditor-General of the Federation acts as independent verification agent that conducts annual performance assessments, APA, of states with some of the most reputable external audit firms in the country.

Often times, various steering committees of SFTAS are usually chaired by the state Ministry of Finance known to be responsible for implementation of SFTAS programme in states over the course of the year.

States like Kwara and Sokoto, are also to benefit from the World Bank grant to give a boost to the economy of these states.

Kwara State, like her Cross River and Sokoto states counterparts, also achieved a grant prize of $16.9 million in the World Bank-supported SFTAS programme, the highest ever achieved by the state since the initiative began in 2018.

A statement from the Ministry of Finance, Budget and National Planning stated, “The import of the foregoing is that the state is eligible to the total sum of $16.9 million, representing performance-based grant for 2019 APA, with an earlier disbursement of $5 million in November.”

The statement further stated that of the balance of $11.9 million, the state has received additional $9.4 million on Monday January 4, and awaits the balance of $2.5 million later in the month.

However, Sokoto State government received the sum of $22 million also like its two other counterparts, Cross River and Kwara states, for proving its mettle in implementation of the SFTAS programme.

A breakdown of the grant, revealed that Sokoto State achieved $5 million in November last year for approving COVID-19 budget with a balance of $17.4 million for its 2019 annual performance assessment.