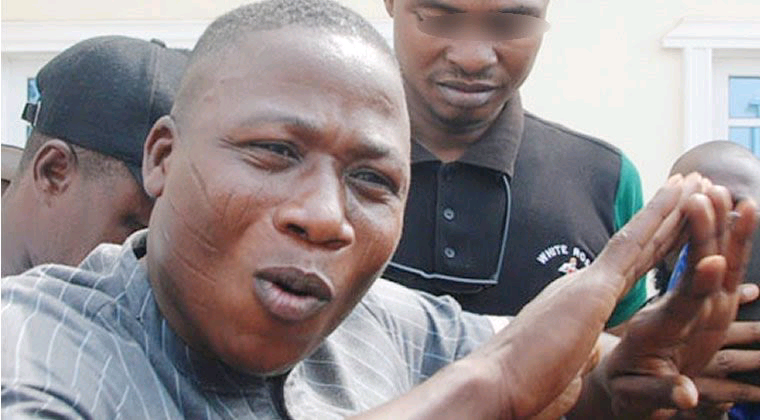 The Federal Government has said that Yoruba nation activist, Sunday Adeyemo, aka Sunday Igboho, is trying to acquire a new passport to flee the country.

The government further added that it had placed Igboho on the stop-list in order to facilitate his arrest, directing security agencies to apprehend him anywhere he is found.

In security circle, anyone whose name is on the stop-list is denied all constitutional rights and privileges a citizen is entitled to.

The Federal Government’s directive against Igboho was contained in a letter by the Nigeria Immigration Service, NIS, dated July 9, 2021, and addressed to the Director General, Department of State Services, DSS, the Inspector General of Police, IGP, and the DG, National Intelligence Agency, NIA.

Igboho, one of the spearheads of the separatist agitation for the Yoruba nation, had been declared wanted by the DSS on allegations of stockpiling arms to destabilise the country; an allegation Igboho has since denied, but his whereabouts remain unknown, since he escaped arrest during the July 1 midnight raid by the DSS, ahead of a major rally in support of the call for Yoruba nation in Lagos.

In the aftermath of the DSS bloody raid on Igboho’s Soka, Ibadan residence, it woukv be recalled that the DSS arrested and detained 13 of Igboho’s associates.

The DSS added that during a “gun duel,” it had killed two of Igboho’s supporters later identified as Adogan and Alfa.

The petition was filed against the President, Major General Muhammadu Buhari (retd); the Attorney General of the Federation and Minister of Justice, Abubakar Malami, SAN; former Chief of Army Staff, Tukur Buratai; and former Inspectors General of Police, Ibrahim Idris and Muhammed Adamu, accusing them and security chiefs of genocide and crimes against humanity against the Yoruba people of Ekiti, Oyo, Osun, Ondo, Ogun, Okun Land in Kogi, and Kwara states.

The letter titled ‘Stop-listing of person: Adeyemo Sunday Adeniyi (aka Sunday Igboho), male, Nigerian, passport number A11613637, date of birth 10/10/1972’ was copied to all zonal controllers and control posts nationwide.

It read, “I am directed to request that you kindly place the above-named person on stop-list. Credible intelligence revealed that Adeyemo is making efforts to obtain a police extract and/or court affidavit to enable him acquire a new Nigerian passport, apparently to facilitate his escape out of the country.

“In addition, he should be arrested wherever and whenever sighted and referred to the Director-General, Department of State Services vide letter no: S.605/A/246 dated 05 July 2021.”

But the NIS spokesman, Amos Okpu, however, said he was not aware of the letter, adding that he had no update on the manhunt for Igboho.

Reports said that the intelligence agencies had geo-located Igboho’s hiding place, but they could not storm the place for security reasons.