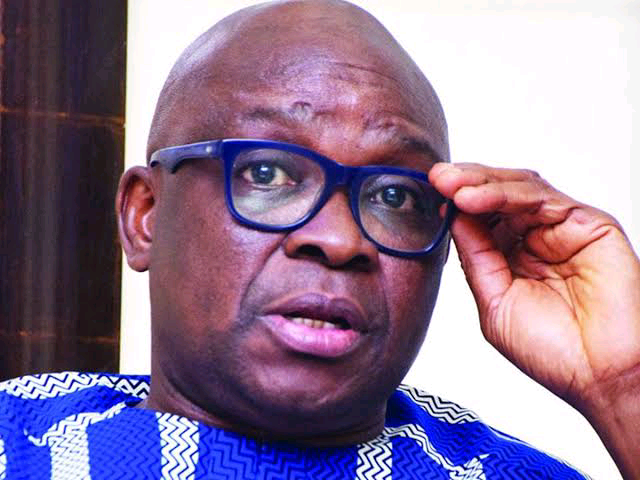 Arapaja lunches the Chairmanship and was declared the winner on Monday evening by the chairman of the Congress and Benue State Deputy Governor, Benson Abounu.

In the hotly contested election, believed by many to be a battle of supremacy on who controls the PDP structure in the region, between Oyo State governor, Seyi Makinde and Fayose, Arapaja defeated Dr Eddy Olafeso,with a total vote of 343 to Olafeso’s 330 votes.

While Arapaja is believed to be the candidate of Makinde, Olafeso is understood to have the backing of Fayose.

In a tweet on his official Twitter handle on Monday night, Fayose said he and others chose to overlook the over-voting at the congress in the interest of the party.

Congratulating the former Deputy Governor, Arapaja, for his emergence and National Vice Chairman,South West of the PDP, the former governor said, “Like I said in my speech at the beginning of the congress, that we should win together, we have indeed won together.”

Kwara Gov Suspends Perm Sec, Others Over Extortion of Farmers