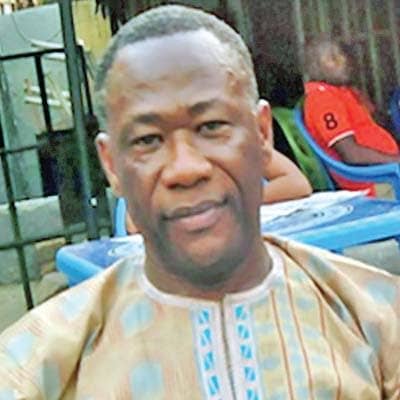 Ndifon emerged as Dean, after beating two other contestants, in a keenly contested elections, where he polleld 46 votes to emerged as the new Dean.

Announcing the result of the election, the electoral officer Mr. Robert Omang, siad that Ndifon polled 46 votes to defeat two other professors, Jacob Dada, and Ibanga, who garnered 21 votes and five votes, respectively in the contest.

In his post election speech, Ndifon, who apart from holding an LL.B degree from Obafemi Awolowo University, Ile Ife, 1989, also holds two postgraduate degrees, LL.M and Ph.D in Law, lauded his colleagues for giving him the opportunity to once again serve the faculty.

He promised to carry every one along in running the affairs of the faculty, stressing that he won’t betray the confidence reposed in him.

A specialist in comparative criminal law and international humanitarian and international criminal law,Ndifon pledged to do everything within his reach to ensure that the faculty is lifted to an enviable pedestal; just as he called for the support of all in order to enable him and his team to succeed.

He siad, “Of course as a team, definitely there is an agenda which we had in mind to pursue from the day we conceived the idea to vie for the Office of the Dean, let me assure you that am not going to let anyone down.

“I shall do everything humanly possible to make the faculty become a reference point among other faculties.

“Let me use this rare privilege to let you know that you made no mistake for once again giving me this opportunity; after all, I am not the best, but because you want me to lead. I promised you, I am not going to let anyone one down. I thank you all to have found me worthy. God bless you all.”

Represented by the Deputy Vice Chancellor Academics, Prof Angela Oyo Ita, the VC said, “We are in a new dispensation and we need to set a background to support the administration. You should be assured of management support.”

In his remarks, the outgoing Dean of the faculty and Deputy Vice Chancellor Administration, Prof Michael Okom, solicited support from all nooks and crannies for the incoming Dean, to enable whoever emerges take the faculty to higher height.

He subsequently advised Ndifon and his team to manage the office with the fear of God at the back of their minds.