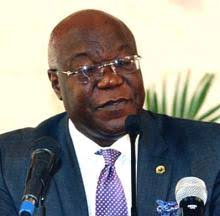 Former Vice-Chancellor of the University of Lagos, Prof Oyewusi Ibidapo-Obe, has died from COVID-19 complications, CompassNG has learnt.

He was 71 years old. Several sources confirmed that he passed on on Sunday afternoon after falling ill.

Although the University of Lagos is yet to confirm the development, the sad news is now trending on several WhatsApp platforms within the university community.

Ibidapo-Obe was one of the outstanding university administrators that contributed to the development of UNILAG as a centre of academic excellence in Nigeria during his tenure that lasted between 2000 and 2007.

He received a bachelor’s degree in Mathematics from the University of Lagos.

He was appointed as the Vice Chancellor of the University of Lagos in 2000, succeeding Jelili Adebisi Omotola. He was later succeeded by Tolu Olukayode Odugbemi in 2007 after his successful tenure.

A distinguished scholar, Ibidapo-Obe was a Fellow of the University of Waterloo Post Doctoral Distinction Award and was a fellow of the Natural Sciences and Engineering Research Council, Canada from 1977 to 1979.