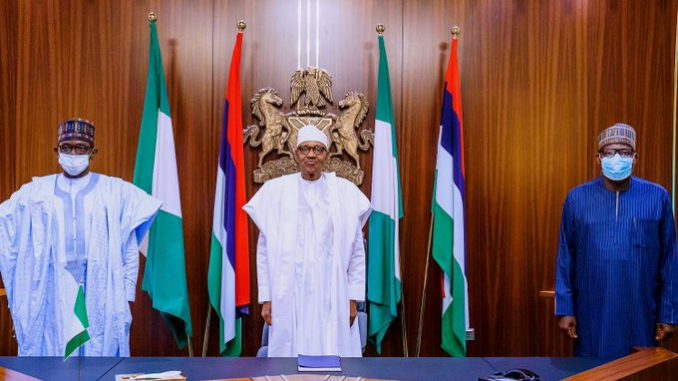 Former Speaker of the House of Representatives, Yakubu Dogara, has dumped the opposition Peoples Democratic Party, PDP, for the ruling All Progressives Congress, APC.

Caretaker/Convention Planning Committee chairman of the APC and governor of Yobe State, Mai Malla Buni, made this known to journalists in Abuja after he and Dogara met with President Muhammadu Buhari at the Presidential Villa, Abuja.

The governor said he accompanied Dogara to meet President Buhari, saying, “You shouldn’t be surprised, because the former speaker is a member of the APC, and it is because the reason he left the APC is no more there.

Asked about the President’s reaction, the Yobe governor said, “He welcomed him. He’s happy with the development. That’s what he’s looking for. We are re-building the party and these are the steps we are taking towards rebuilding the party.

“We paid courtesy call on the President in continuation of our efforts to rebuild the party. We are here to see Mr. President and brief him on the developments.”

“We are meeting all our aggrieved members, particularly, those who have interest in coming back to the party. They should feel free to do so. We are assuring them and there is no crime in double assurance.

Recall that Dogara was in Ondo State some weeks ago where he carried out the screening of aspirants jostling for the ticket of the PDP ahead of the October gubernatorial election in the state.

A competent source disclosed that Dogara’s return to the APC might not have been unconnected with his aspiration to be a vice presidential candidate in the 2023 presidential election.