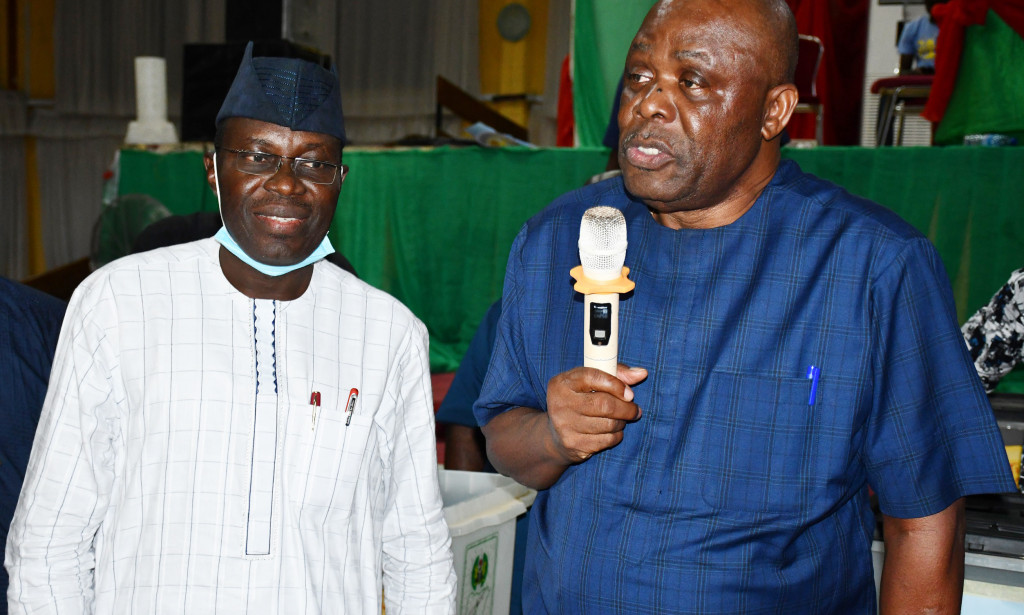 Earlier during the congress, Fayose had reconciled with his main rival, Makinde, acknowledging the Oyo State governor as the leader of the PDP in the South West region.

In his reaction to the zonal congress, Governor Makinde said that the PDP is ready to wrestle power from the ruling All Progressives Congress, APC.

Explaining that the internal crisis that rocked the PDP in the zone has now come to an end, Makinde said, “We will take it in the spirit of a family contest. We don’t want to defeat ourselves, we want to defeat the APC.

“So at the end of this exercise, I promise you there will be no victor, no vanquish. As your only governor in this zone, whoever emerges belongs to me and I will work with the team to reposition our party.”

The Deputy Governor of Benue State, who represented Samuel Ortom, Benson Abounu, commended the candidates for the maintenance of the peace at the election.

Speaking after his declaration as the winner of the election, Arapaja said that he would work with Olafeso to move the party forward.

He said, “We thank Governor Seyi Makinde and Mr. Ayo Fayose. The PDP is our party. We will work together to move the party forward.

“We want to reposition the party and I will work with my brother, Olafeso, to achieve our aims.”

Olafeso on his part also gave the assurance that he would cooperate with Arapaja.