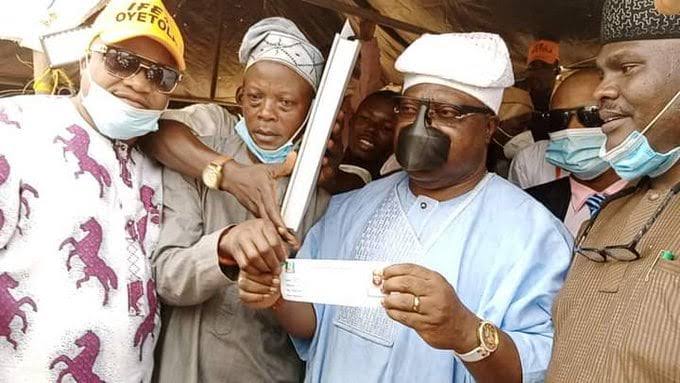 Recall that Omisore contested the 2018 Odún State gubernatorial election on the platform of the Social Democratic Party, SDP, but went into coalition with the APC before the September 28,2018 rerun.

The former deputy governor on Monday arrived at his polling unit at Ward 6 in Ile-Ife to officially defect to the ruling APC.

Senator Omisore was the gubernatorial candidate of Social Democratic Party during 2018 Osun State election before he later join force with the candidate of APC, Adegboyega Oyetola during the rerun election that resulted to victory for APC.

Omisore arrived the APC registration venue with scores of his supporters at 12:40 pm, in company of the Osun State deputy governor, Benedict Alabi, the APC Caretaker Chairman, Prince Gboyega Famodun and other chieftains of the party.

Senator Warns Against Capitalising On Diversity For Divisive Tendencies