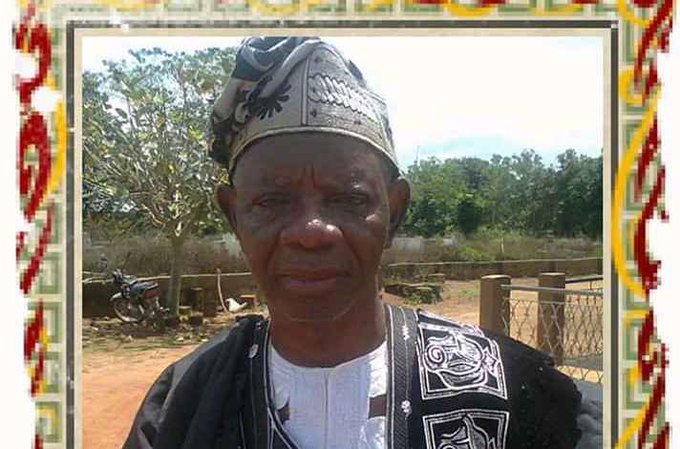 Late Deacon Sayomi was deputy to late Governor Mohamned Lawal between 1999 and 2003, but lost their bid for the second term to Dr. Bukola Saraki in an election.

Announcing his passage on Thursday, his son; Ola Sayomi, said that the former number two citizen of the state breathed his last by 8 p.m on Wednesday, after a brief illness not unconnected with old age.

The junior Sayomi said that even with his age, the family, especially his nucleus family would miss him greatly, because of the sterling fatherly position that saw them all through the path of success in all their endeavours.

Meanwhile, the Kwara State governor, Mallam AbdulRahman AbdulRazaq, has described late Sayomi as “a perfect gentleman, a bridge builder, a community leader, and a respectable statesman who served the state well.”

AbdulRazaq added that Sayomi “was indeed an inspiration, given his role in one of the earliest efforts to free our people from the shackles of political demagoguery.”

In a statement by his Chief Press Secretary, Rafiu Ajakaiye, the governor added, “Baba Sayomi was until his death a major supporter of the ‘O to gee’ administration.”

Commiserating with the family of the departed Deputy Governor, and the entire people of Igosun, Sayomi’s home town, for the demise of their illustrious patriarch, Governor AbdulRazaq also condoled with the political associates of the deceased and prayed the Almighty to repose the soul of the departed and comfort his family.

ACF: How Not To Be Leader Of The North