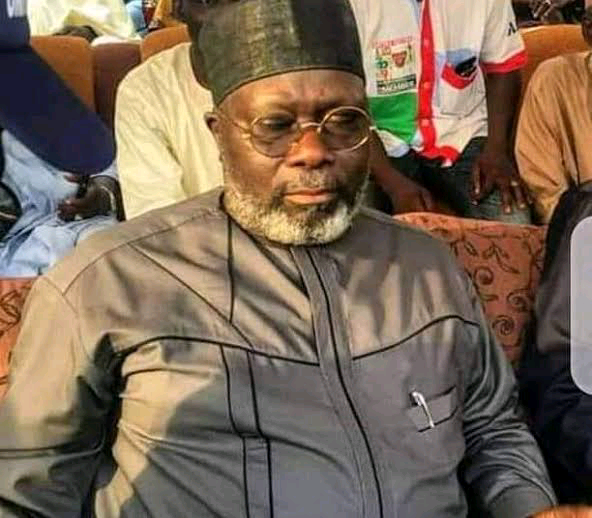 In a statement he personally signed and made available to newsmen, General Olanrewaju expressed deep sadness at passing of Aboki,who he described as “my treasured friend,” saying that General Aboki will forever occupy a pride of place in the development and growth of our nation.

He siad, “His contributions to his nation as an officer and a gentleman will remain imperishable. His non-regimental postings as the military administrator of Kwara State and later as a minister of the federal republic are equally noble and important.”

Going down memory lane, Olanrewaju reminisced over his relationship with Aboki, which he said predated their encounter in the Nigerian Army.

He recalled their formative years in the early 1960s, when, accordingly him, Aboki intelligently spurred discussions on contemporary affairs with him and others, including the Alli brothers, the late Maikasuwa Sule, Kabir and other friends, at the Lagos Central Mosque environ, where they always hang out and meet.

Also reminisced ng about Aboki’s military career, Olanrewaju said that the late General “led a distinguished career in the Nigerian Army, and was a passionate patriot, devoted to duty and country.”

He added, “Earlier in our military career, Aboki and I served together at the Onitsha warfront, where we deepened in friendship and martial comradeship in the cause of protecting our nation.

“I vividly remember his last days in the army. During a particular visit to my office, when I was the Minister of Communications, Aboki observed prophetically, ‘Gasper, now that I am being pushed out, I suspect that you will be the next.’ His words were both a friendly warning and eventually, a self-fulfilling prophecy.

“However, Aboki’s early retirement from the Nigerian Army – an event driven by polical intrigues and power plays – did not detract from his years of meritorious military service, or preclude his contributions to national development as the Minister of Communications. Indeed, his devotion to national service was unfaltering, resolved and true.”

The former minister averred that in spite of various challenges, the late General Aboki remained affable and selfless, adding, “Perhaps, the foundation of his sincerity to friends and family was the fact that he always stayed true to himself. In this vein, Aboki remained an unwavering patriot till his final days.”

Insisting that words cannot begin to capture the pain of losing a bosom friend, General Olanrewaju said that he however believed that his friend is now in a better place.

While praying Almighty Allah to accept the soul of the departed, and grant him Aljannat Firdaus, Olanrewaju also prayed Allahto grant his family the fortitude to bear the irreparable loss.