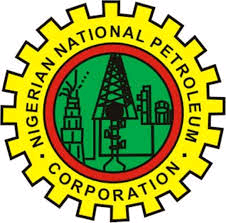 The Nigerian National Petroleum Corporation, NNPC, has insisted that it has the responsibility to guarantee energy security for the country as the national oil company by taking up equity “in very significant businesses in the oil and gas sector.”

The NNPC Group Managing Director, Melee Kyari said, “As the national oil company, we have the responsibility to guarantee energy security for our country and there is nowhere you can have that say except you have a say in the board of this institution.

“For us as a strategy, we will take equity in very significant businesses that are anchored on the oil and gas operations – fertilizer, methanol plants, modular refineries and so many other businesses that we are dealing with so that we can expand our portfolio.”

While featuring on Channels TV programme, “Sunrise Daily,’’ Kyari said that he was not sure the CEO of Dangote Refinery, Aliko Dangote, would be happy about the equity acquisition.

Kyari added, “I am not sure Mr Dangote is very happy with this. We are taking 20 per cent equity of the Dangote Refinery.

“There is a valuation process, it is very international and very regulated. No bank will give you money to buy stake.”

Recall that the refinery, which is projected to start production in 2022, is expected to fill in the gap for imported petroleum products in the country.

And when fully operational, Dangote refinery is expected to deliver over 50 million litres of gasoline, to be specific, into our market.

The NNPC GMD also said, “We are also working on our refineries to make sure we fix them; we have awarded the Port Harcourt refinery rehabilitation, and ultimately we are close to that of Warri and Kaduna, so that very soon, in July, all of them will work contemporaneously and at the end of the day, we will deliver all of them.

“The net effect is that you are going to have an environment where Nigeria becomes a hub for petroleum supply. It is going to change the dynamics of petroleum supply, even globally, in the sense that the flow is coming from Europe today and it is going to be reversed to some other direction.

“We will be the supplier for West Africa legitimately and also many other parts of the world.

“The meaning of this is that there is an opportunity thrown at us and I am not sure that Mr Dangote wants to sell his equity in the refinery.

“I can confirm that it was at our instant that we started the engagement; he did not want to sell his shares in this refinery.

“There is no country that would watch a business of this scale, which is bordering on energy security, which also has high implication even on the physical security of our country and you watch it that you don’t have a say.

“We are not going to take government money to buy it, we are going to borrow, because we know that this business is viable in the short term; banks have come forward to lend us.

“We are very proud that we did this, this is good for our shareholders, including all the 200 million Nigerians who will also be happily buying shares from this refinery, if they have an opportunity, but now we have done that on their behalf so that ultimately, the value will come to all of us.”

The NNPC is seeking the authority of the Federal Executive Council, FEC, to close the deal which he said is worth about $19 billion, for 20 per cent equity in the Dangote Refinery, which has the capacity to produce 650,000 bpd per day.

In 2020, N81.41 billion was spent by the government on the refineries without refining crude oil. This is just as previous governments have also spent billions of dollars to revive and rehabilitate the nation’s refineries, but no avail.

Currently, petrol sells for between N162 and N 165 per litre in the country, with subsidy of N150 billion monthly.