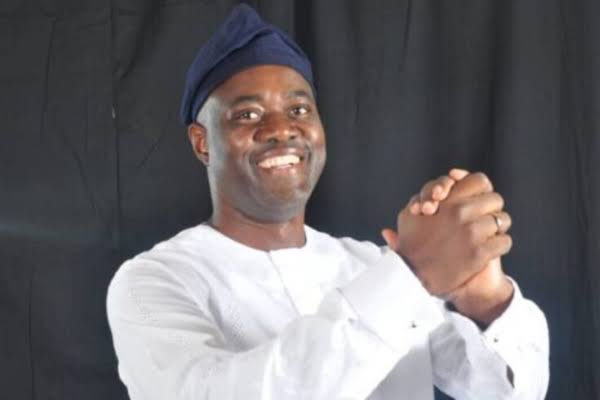 The governor of Oyo State, Engr Seyi Makinde has been applauded by the Oke Ogun Development Consultative Forum, ODCF, for his the decision to provide immediate employments for 5,000 youths in the state with a view to halting youth restiveness.

The Forum, in a release signed by the President, Dr. Olusegun Ajuwon, General Secretary, Mr. Zacchaeus Adepoju and the Publicity Secretary, Comrade Jare Ajayi, respectively, said the step will go a long way in reducing the unemployment indices in the state and provide gainful employments for the youths.

ODCF said, “When this occurs, the tendency by many youths to go into crimes as witnessed during the recent #EndSARS protests will reduce drastically.”

Insisting that Governor Makinde has displayed exceptional statesmanship in the way he handled the challenges thrown up by some youths, who hijacked the patriotic move started by those who genuinely wanted a stop to be put to police brutality in the country, the Forum added, “Rather than using force against the protesters and those who later hijacked the protest for their selfish ends, the governor deployed exemplary diplomacy in handling the delicate situation. We believe that this went a long way in mitigating the ugly situation and prevented it from leading to greater loses of lives and property.”

Governor Makinde had on October 27, while addressing security chiefs, traditional rulers, religious leaders and other critical stakeholders at a meeting in Ibadan, directed various government agencies in the state to employ 5,000 youths, stating that the state’s security network, code-named Amotekun, will also employ 1,500 youths for the security of life and property of the citizens.

The governor, at the meeting meant to chart a new course for the post #EndSARS agitation in the state, assured the people that the planned employment will not be a fluke, disclosing that provision is already being made for it in the forthcoming 2021 budget.

He had said, “Going forward, starting from 2021, there will be provisions made for the Direct Labour Agency in the budget. This will ensure more employment opportunities for residents who have requisite skills when projects are awarded.”

Recall tt was while coming for the meeting that the Caretaker Chairman of Iganna Local Development Council (LCDA), Comrade Jacob Olayiwola Adeleke, and his driver were kidnapped on Okeho-Ado Awaye road.

The ODCF then lauded Governor Makinde on the efforts his government made to secure the safe return of the Chairman and his driver, calling on the government at all levels and security agencies to buckle up more as kidnapping is now assuming an unprecedented dimension.

The Forum similarly commiserated with the governor on the recent loss of his mother, describing her as a rare gem, who brought pride into motherhood going by the way she raised her children.

It said, “We are saddened by the demise of Mama at this time when the first citizen of the state would profit from her experience as he paddles the canoe of the state. But we take solace in the fact that she left good legacies and had gone to rest in the bosom of the Lord Jesus Christ.”

Frustration From My Wife Made Me Set Our House Ablaze -Husband