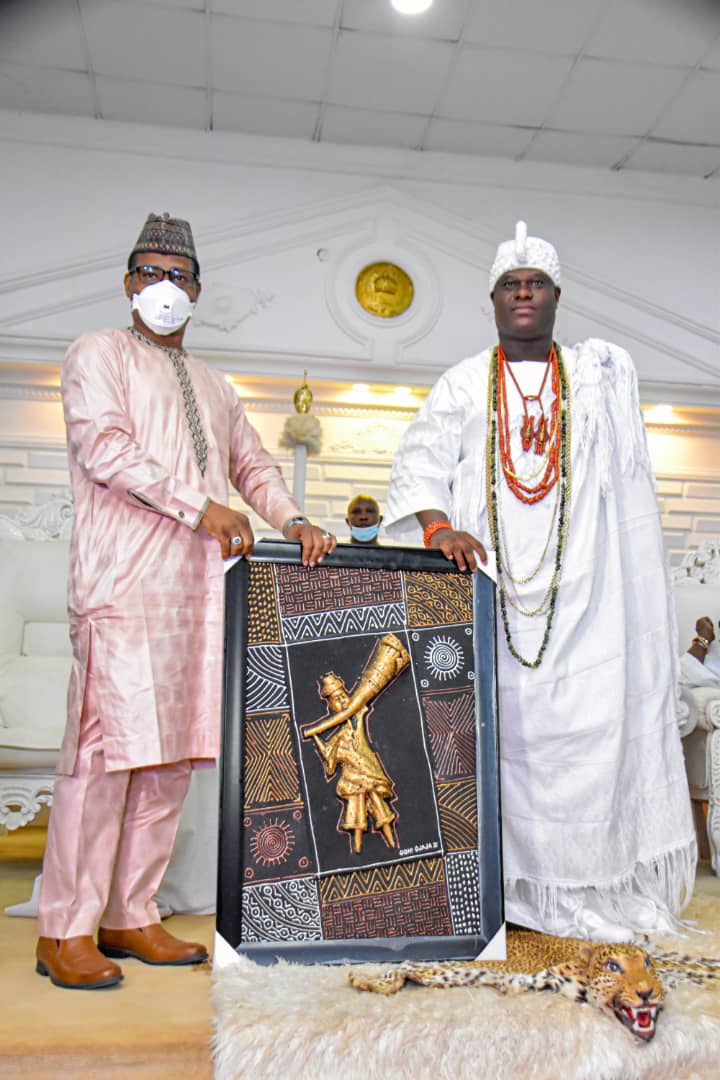 The Arole Oduduwa and Ooni of Ife, His Imperial Majesty, Ooni Adeyeye Enitan Ogunwusi, Ojaja II, has charged the President Muhammadu Buhari-led Federal Government to end the ongoing industrial action embarked upon by the National Association of Resident Doctors of Nigeria, NARD, without further delay.

Ooni Ogunwusi made the call on Thursday at his Ile Oodua Palace, Ile-Ife, during the inauguration of the South West Traditional Leaders’ Committee on Public Health Delivery, by the Minister of Health, Dr. Osagie Ehanire. Describing the industrual action as highly unfortunate, Ooni Ogunwusi, who is the Co-Chairman of the National Council of Traditional Rulers of Nigeria, NCTRN, noted that health workers are essential service providers, who should not abandon their duty posts no matter what.

Ooni Ogunwusi said, “I am aware of your relentless efforts towards ending the strike as quickly as possible, but Nigerians cannot wait any further. The strike action has brought a lot of hardships to Nigerians, especially the poor and other vulnerable persons, who cannot afford privately owned health facilities, which obviously is now the alternative.” Speaking further on the roles of traditional rulers in efficient public health service delivery, Ooni Ogunwusi noted that the relevance of kings and chiefs across the country, particularly, can be attested to by their roles in the fight against Ebola virus disease, polio and others.

The Arole Oduduwa said, “We are the closest to our people, palaces have no door and that is why it is easy for information to reach all of our subjects immediately we send them. They believe us so much too by the virtue of our tradition and we are upholding these good traits.

“The newly inaugurated Southwest Traditional Leaders’ Commitee on PHC delivery is indeed going to formalize the enormous works of traditional rulers across Yoruba land, and I can assure you that Nigerians are going to benefit immensely from this initiative.” In his response, the Minister of Health promised that efforts would be doubled to ensure that the current industrial action embarked upon by the health workers would be brought to an end.

Dr. Ehanire said, “This is a time when we face different challenges in the health sector due to the adverse effect of COVID-19; it is not the best time for doctors to be going on strike. We are working to ensure that they resume soonest, and I want to assure Nigerians that this would be achieved very soon.”

Inaugurating the committee, Dr. Ehanire explained that in providing quality health services to Nigerians as a priority of the President Buhari-led administration, the government recognizes the indispensable roles of traditional rulers.

He added, “As a takeoff plan, I wish to promise that a standard Primary Health Centre will be built and made functional each in all states across the South West as a model and the location would be decided by this commitee.

“The facility will be equiped with standard staff quarters, solar-powered borehole, a keke ambulance and other basic facilities. We are proud to be working with you and we hope to achieve a lot together.”

Dr. Shuaibu said, “We are aware of your might as leaders and we want you to support with this in order for us to serve Nigerians better. You did it in creation of awareness against the polio virus till we swept it off the shores of Nigeria, and even now with COVID-19, it is evident that you can do it again.”

In the same vein, the Country Director of the United Nations Children’s Fund, UNICEF, Peter Hawkins, pledged the organization’s commitment to quality public health delivery in Nigeria, especially in the areas of routine immunization for the children and other vital areas.

The event, attended by health experts and political leaders from across the country, including representatives of the World Health Organization, WHO, and Rotary Club among others, equally played host to traditional rulers from across Yorubaland, including the Olubadan of Ibadan, Oba Saliu Adetunji; the Ewi of Ado Ekiti, Oba Rufus Adeyemo Adejugbe; and the Deji of Akure, Oba Aladetoyinbo Ogunlade Aladelusi, among others.

The Ooni rounded off the inauguration with the presentation of symbolic artworks to the minister and representatives of UNICEF, WHO, and others.

My Aides Broke Into My Bedroom, Stole Money -Senator