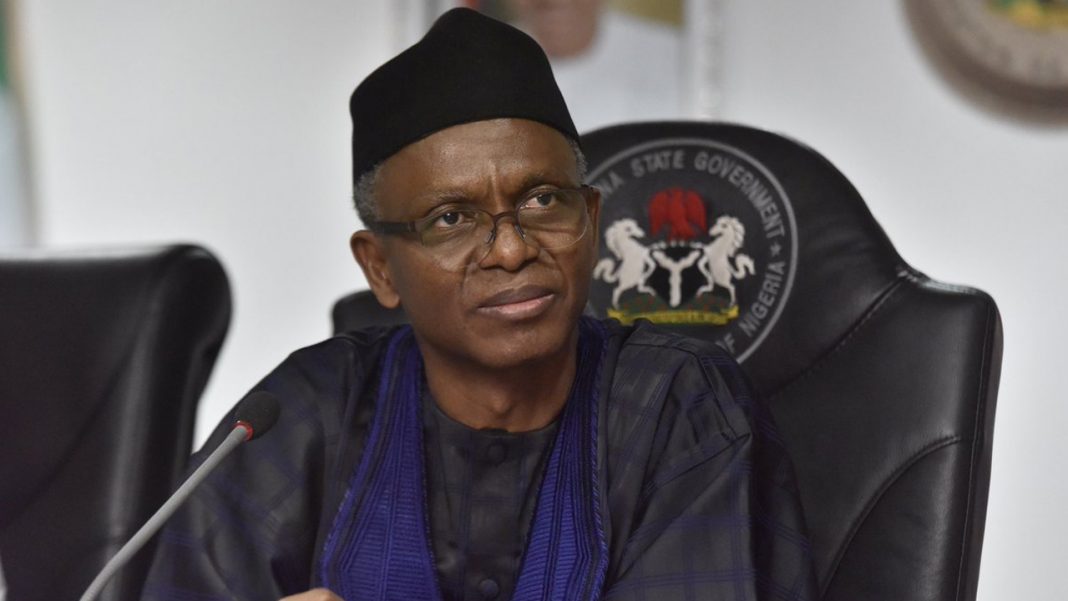 With the announcement of Ambassador Ahmad Nuhu Bamalli, on October 7, as new Emir of Zazzau within two weeks of the demise of the last one, could the world pause its outpouring of well-deserved felicitations and confront Governor Nasir Ahmad El-Rufai with why he has refused to deal the same honour to a neighbouring chiefdom, whose ruler died over two years ago?

What does His Excellency have against the Southern Kaduna people of Adara to have warranted the lingering two-year delay in naming a successor to their late monarch?

Zaria got a new ruler in two weeks. Ambassador Bamalli, the immediate past Nigerian envoy to Thailand and El-Rufai’s former commissioner, will be stepping into the shoes left by the late Emir of Zaria, Alhaji Shehu Idris, who died on 20th September, 2020 after chalking up 45 years on the throne.

Meanwhile, Adara, a town in Southern Kaduna, lost her monarch, the Agom Adara III, His Royal Highness Maiwada Raphael Galadima, on October 26, 2018, and since then, his sheep have been left without a shepherd. Why?

Not for want of a befitting successor has Adara been left without a titular head. The word around town says the governor has deliberately buried any talk of permitting the enthronement of a successor. Last heard on the matter, His Excellency had plans to carve Adara chiefdom into four.

Last heard on the matter? Well, that is in a manner of speaking. For the plan to balkanise the Christian-dominated community by the Muslim governor predated the death of its Christian monarch. Actually, Agom Adara III had vehemently opposed the proposed balkanisation, considering it as superfluous, prejudiced, hegemonic, insulting, inciting and unwarranted.

In opposing the plan, the man may have signed his own death warrant. Soon afterwards, he was abducted. Despite his people paying his kidnappers N10 million ransom, this first-class chief still got murdered. The context of his killing, coming in the wake of his vociferous resistance to the governor’s partitioning proposal, raises questions.

Is it true that the late ruler of Adara paid with his life for trying to steer Mallam Nasir away from plans to reconfigure Kajuru under the Adara Traditional Council to a Kajuru emirate through an August 2018 gazette?

Why, since its Agom’s death, has Adara’s 350,000-strong predominantly Christian population, with a good sprinkling of Muslims and animists, been blocked from crowning a successor? For this, the world must demand answers from Governor El-Rufai, a Fulani, who flaunts his Islamic ancestry like a peacock feathers.

Meanwhile, some known facts may beam light on the mystery. According to Sahara Reporters, “Shortly after the Kaduna State of Nigeria Gazette No. 21 Vol. 52 was approved by the governor, ‘Maiwada found out about what the government had done without his knowledge or consultation with the people, and he resisted the change due to the fact that the Adara Chiefdom is dominated by an indigenous Christian population and therefore could not be described as an Emirate or appointed an Emir’…”

The former FCT Minister, celebrated for ruthlessly restoring the Abuja master-plan, now works to bastardise Adara’s natural configuration. Indigenes consider El-Rufai’s pursuit as another phase in the Fulani’s age-old territorial expansionism, a tendency that has rendered the temperamental itinerant Fulani a suspected and unwelcome guest in host communities throughout Nigeria and West Africa, and informs why the rest of the country raised hell against President Muhammadu Buhari’s idea of Ruga settlements for herdsmen as well as the current opposition to the Water Resources Bill, now before the National Assembly.

Notably, while Nigeria’s 20 million Fulani lay claim to homelands in Gombe, Sokoto and Katsina, with significant presence in Bauchi, Kebbi, Yobe, Adamawa, Kaduna, Sokoto, Kano, Jigawa, Kebbi and Zamfara states, Adara’s 350,000 indigenes have only a minuscule portion of Kaduna as their homeland with cousins in Niger State.

Why would the Fulani nation want to deprive little Adara a small bit of the earth for a homeland? Today Fulani militants continue to bedevil Adara and other minority tribes in Southern Kaduna with constant attacks, kidnapping, displacement and occupation of displaced communities with the connivance of politically influential kinsmen like El-Rufai.

Despite establishing a peace-building committee on Kajuru, he reportedly threatened the withdrawal of all security agents in Kajuru, if the natives forged no peace with Fulani herdsmen. Reports have it that he has embarked on draconian political and administrative actions against the Adara community, not excluding arresting and incarceration of her community leaders.

In 2015 and 2018, these people had their democratic rights rubbished, as the governor appointed sole administrators instead of their duly-elected local government council chairmen, whom he prevented from taking office.

This University of London and Harvard alumnus, whose invitation to address lawyers the Nigerian Bar Association, NBA, revoked this year by popular demand, has created an atmosphere making it look like he has come to raise the spectre of his infamous 2012 tweet, in which he threatened, “We will write this for all to read. Anyone, soldier or not, that kills the Fulani, takes a loan repayable one day no matter how long it takes.”

He forgot to wonder why, wherever he goes, the cattle Fulani, a minority segment of Nigeria’s 20-25 million Fulani population, has this instinctive habit to kill and get killed (where the victim musters enough strength). It looks as if, in the warped lexicon of the El-Rufais of this world, victims of Fulani marauders have neither right to self-defence, nor are they entitled to basic human rights to life and habitation.

Why will El-Rufai want to cube and carve Adara into four? The documents exposed by Sahara Reporters failed to shed light on the motivation for this unsolicited division. But it is clear that he nurses a grudge strange to history. The governor has turned himself into the drummer behind the Hausa-Fulani’s demands for chiefdoms in Southern Kaduna, an ambition indigenes contest because these “guests” lacked locus standi to lay any claim on Southern Kaduna.

The President of Southern Kaduna Peoples Union, SOKAPU, Mr. Jonathan Asake, once said the agenda of the governor was to perpetrate ethnic cleansing in Southern Kaduna. Asake pointed out that the action and inaction of the governor had given impetus to the brazen demands by the Fulani community, despite the fact that, “most of these people causing these havoc come from Kano, Sokoto, Katsina and Jigawa. They are not indigenes of Southern Kaduna. El-Rufai is giving them the latitude to cause this problem when they said they want their own chiefdom. It is not chiefdom; it is emirate they are looking for.”

Meanwhile, Muslim-Fulani warriors, many from outside Nigeria, have turned Adara, Kajuru and the entire Southern Kaduna landscape into a blood-soaked killing field of ethnic cleansing. Human rights group, Inter-Society, reckons that 300 persons were killed in Southern Kaduna between January 1 and July 20, this year. This bloody statistics has won El-Rufai’s Kaduna a reputation as the most dangerous state in Nigeria.

Natives peacefully protesting the killings have seen security agents responding with assaults, more killings and El-Rufai imposing 24-hour curfews. Even then, the round-the-clock curfews fail to stop the killings by Fulani in Southern Kaduna. Kajuru has recorded hundreds of houses burnt in attacks, courtesy of Fulani herdsmen, rated as fourth worst terrorists, a classification the government doggedly rejects.

Even worse, Southern Kaduna indigenes fear a conspiracy of silence from the Federal Government, headed by a Fulani and a Hausa-Fulani dominated security architecture, whose nepotistic composition the Commander-in-Chief has stubbornly refused to align with federal character as provided for in the 1999 Constitution.

However, Adara may just be a mere metaphor in the oppression happening in the North. Is it a mere coincidence that Christian-dominated areas in the North, like Kaduna South, Benue, Plateau, Taraba, Adamawa, have become the hotbeds of killings and unrests? These Northern minorities are endangered species from the invasion of their homelands by marauding Fulani imported from other parts of the West African region.

In the General Assembly resolution 47/135 of 18 December 1992, the United Nations recognises the rights of ethnic minorities. The Declaration on the Rights of Persons Belonging to National or Ethnic, Religious and Linguistic Minorities in Article 1 posits that, “States shall protect the existence and the national or ethnic, cultural, religious and linguistic identity of minorities within their respective territories and shall encourage conditions for the promotion of that identity.”

But all such words sound like “dogo turenchi” or “big grammar” to the likes of El-Rufai. But what would El-Rufai achieve by refusing to live and let live? What delight has he bequeathing a war zone to his coming generations, some of whose social media postulations already exhibit the arrogant rhetoric of the colonialist? With his mind mired in barbarian thought processes, El-Rufai presents a mindset undeserving of a spot in the 21st century.

Endangered animals facing extinction usually have rights granted to them to breed in reserve areas that guarantee them sanctuary and quarantine from poachers. Instead of pounding the drumbeats for Adara oppression and annihilation, should El-Rufai not even extend as little as animal rights to the threatened minorities of Adara?

Even if it takes the intervention of the National Assembly, the African Union or the United Nations, Adara’s right to exist must be guaranteed, like that of other equally endangered minorities in Southern Kaduna and beyond.

And Adara’s road to salvation will begin with its restoration to full chiefdom and the crowning of its long-delayed monarch.

*Oboagwina is former media aide to the governorship candidate of the Peoples Democratic Party, PDP, in Lagos State, Jimi Agbaje.