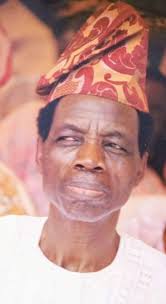 Former Minister of Science and Technology in the Second Republic, Senator Olubode Olowoporoku, has died.

Senator Olowoporoku according to sources died in the early hours of Thursday, after a brief illness.

Olowoporoku began his political career as Commissioner for Economic Planning in the old Ondo State, between 1979 and 1981

He was the governorship candidate of the All Peoples Party, APP, in Ekiti State, in 1999, at the advent of the ongoing democratic experiment.

Olowoporoku represented Ekiti South senatorial district between 2003 and 2007, under the platform of the Peoples Democratic Party, PDP.