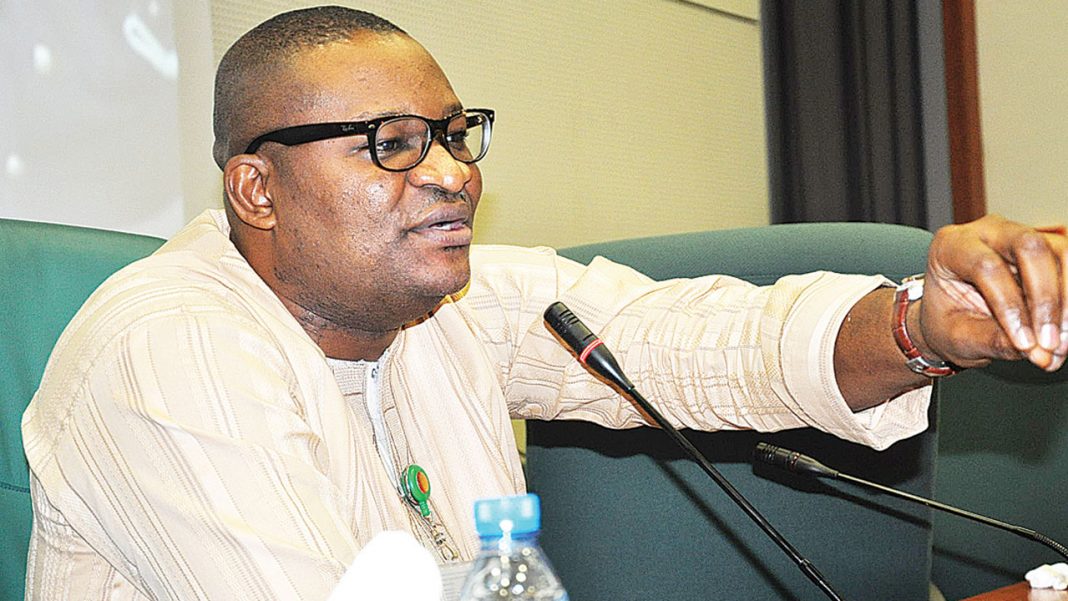 The All Progressives Congress, APC, in Ekiti State has advised former member of the House of Representatives from Ekiti State, Hon. Bimbo Daramola, to reconnect with his people so that he can see the projects going on in his Ire-Ekiti home town and other communities across the state.

This was contained in a reaction through its state Director of Media and Publicity, Elder Sam Oluwalana, to a recent newspaper interview, where Daramola claimed that most projects that are being advertised in Ekiti, were on paper and that Governor Kayode Fayemi has not done well.

Oluwalana described Bimbo’s expected outburst as a figment of his imagination and definitely not a reflection of the view of the people of Ire- Ekiti; even as he once again advised other members of the party still thinking like Bimbo to stop cynicism and think constructively about the present administration, rather than join forces with miscreants masquerading as politicians.

The Ekiti APC said, “It amounts to crass irresponsibility for party stalwarts to heap blames on the executive governor of the state, Dr Kayode Fayemi, especially when such blame is a lie from the pit of hell.

“There is no gain saying that the present administration has been doing everything possible to make every community in the state to feel the impact of government, especially in the area of provision of infrastructure.

“We wish to inform Bimbo Daramola, who pretends to be sleeping, by denying the projects going on around his home town, especially that of the road construction going on in the town, that the long abandoned Ilupeju-Ire-Igbemo-Ijan road is undergoing construction. Ilupeju to Ire has been asphalted while Ire to Igbemo shall be asphalted in a matter of days and this will reach Ijan also.

“Apart from this project, which Daramola decides not to see, despite being in his backyard, we also wish to let him know that the other road constructions, which have reached over 60 percent and above completion are: the Agbado-Ode-Isinbode-Omuo-Aramoko-Erijiyan; New Ado-Iyin; Ibuji-Igbara-Odo-Ilawe-Ado and Oye-Isan Iye-Ikun roads, among othesr.

The statement also expressed regret over some activities of the former member of the House of Representatives, saying, “It is unfortunate that someone like Bimbo Daramola, a supposed honourable member, could lie barefaced simply because he has an axe to grind.

“We understand where Daramola is coming from; and we are not surprised about his outburst, which is deliberate and a way of ventilating his frustrations after he had been rejected during the last election by his people, because he wasted the four years he spent in the House of Representatives on frivolities.”

Describing the former Rep member as a mere noisemaker who “has no political value at home,” the Ekiti APC challenged him to produce the results of his Ire ward in past elections, including his own election; saying, “He has been losing his ward for eternity! Bimbo Daramola is a paper weight and diaspora politician, who only comes to Ekiti during elections.

“If he has been resident in the state and familiar with activities of the government, he would have been abreast and know that a major road work is ongoing in his community.”

Insisting that the APC would have ignored Bimbo, who he said is not better than a jester but for the unsuspecting public, who may take his lies hook, line and sinker, Oluwalana said, “We cannot allow him to get away with that deliberate falsehood and mischief.

“Six out of the 10 kilometers from Ilupeju-Ire road have been asphalted and in a matter of weeks, the whole stretch from Ilupeju would have been tarred; so how can this noise maker and empty barrel say the projects don’t exist?”

Averring that one may not take Daramola serious because he has not been staying with the people of Ire Ekiti, but will always dash down to reap where he does not sow when an election year is approaching, the party said that unfortunately for him, he has never won his ward for the APC, due to his insincerity and the type of politics he plays with his people.

The APC added, “Dr Fayemi’s style of governance entails that no project is awarded or executed if there is no assurance that funds will be available for its completion.”