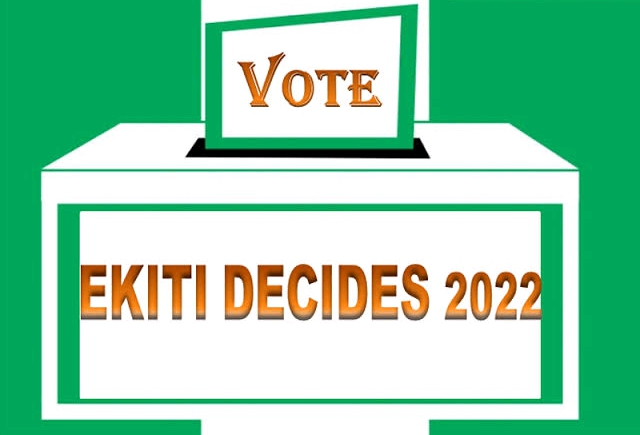 Agents of the All Progressives Congress, APC in Ekiti State have invaded polling units in the state engaging in a cash-for-vote scheme in the ongoing governorship election in Ekiti State.

At Ward 12, Igbeyin, in Ado Ekiti Local Government Area, agents of the APC were sighted in units 003, 004, 005, distributing tally numbers to potential voters to vote, show that they actually vote for the APC and come to collect money.

In unit 003, the homestead and polling unit of the candidate of the Accord Party, Basorun Reuben Famuyibo, the APC agents were so emboldened that they took over a room, where they were doling out cash to voters before Basorun Famuyibo drove them away and locked up all empty room at Akodi Sasere. CompasNG further gathered that after Famuyibo had locked up their operation room, they transfered their nefarious activity to Sasere’s Palace inside Akodi Sasere.

Many voters who collected tallies however resolved to vote their conscience, since according to one of them, who craved anonymity, “This is a 419 arrangement. How am I sure I will get anything after voting and if after voting they didn’t give me anything, what evidence do I have to hold them accountable?”

Another voter, a female, whose voting unit is situated at the Hausa quarters behind Akodi Sasere, and who did not want her name in print, said, I have collected their talky, but I have voted my conscience. I cannot afford another four years of suffering.

The story is the same across other local governments in Ekiti State, as our correspondents reported voters inducement by the ruling party.

A Department of State Security, DSS, official, who also craved anonymity told our correspondent that security agents are observing what is going, addi g that they will submit their report to the appropriate quarters.

Recall that Ekiti obas, led by the Ewi of Ado-Ekiti, His Imperial Majesty, Oba Rufus Adejugbe Aladesanmi, in company o the Ajero of Ijero Kingdom, His Royal Highness, Oba Joseph Adewole had on Monday placed curses on any candidate who would buy votes in today’s election.

Meanwhile, CompassNG reports that some culprits were arrested by men of the Economic and Financial Crimes Commission, EFCC, at Ola Oluwa Grammar School, Falegan area of Ado-Ekiti.

This is just as some parties also packaged special envelopes for security agents at various polling units in the state, ostensibly to bribe them to do their biddings.